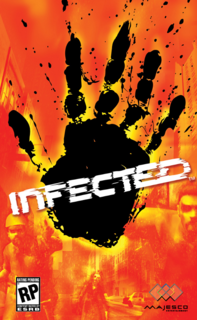 Check out some massive destruction in a subway station in this movie.

Best Christmas ever? Not if the flesh-eating zombies have anything to say about it. We get bloody with this third-person shooter.

This Christmas, New Yorkers are going to receive the gift that keeps on giving.

Aaron Loeb of Planet Moon Studios explains exactly what it means to "Infect the world with your PSP." Check it out.

Producer Aaron Loeb talks about the inception of one of the creepy shooter's more unique multiplayer modes.

Planet Moon's Aaron Loeb walks you through a typical bloody level in the upcoming PSP shooter.

Take an inside look at Planet Moon's infectious portable shooter in our exclusive in-depth look at the upcoming Infected.

We went to the Majesco booth at E3 2005 to get infected by the new third-person multiplayer shooter from Planet Moon Studios.

Infected is the company's latest coup as hard work and a new strategy begin to bear fruit.

No forum topics for Infected yet. Want to start us off? Create a new topic. 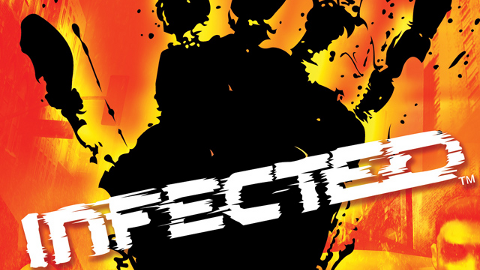 Not your ordinary shooter, Infected lets your avatar invade your opponents' PSP systems with each of your multiplayer victories. In single-player mode, you play as Stevens, a New York City police officer with immunity to a virus that's spreading across New York.