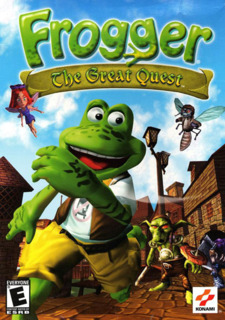 Latest on Frogger: The Great Quest

Konami has announced that it will be bringing several of its console games to the PC.

Konami releases new screenshots from its Frogger adventure game for the PlayStation 2.

Frogger: The Great Quest will bring the 20-year-old franchise onto the PlayStation 2. With time comes evolution, a theory supported by the fact that this new Frogger is an action-adventure--not ...

The famous amphibian stars in a new 3D adventure. 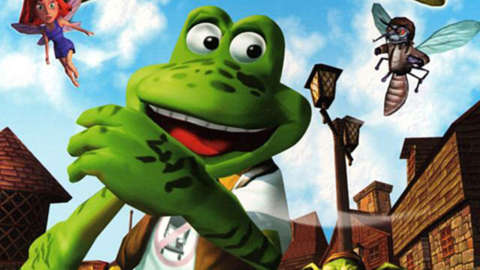 Frogger's adventures begin when our hero embarks on an epic quest in search of a Princess. In this next-generation version of the game, gameplay encompasses much more than simply hopping across a road. Now, players must guide the happy-go-lucky amphibian through a multitude of picturesque environments and challenging levels. In addition to climbing perilous cliff faces, swinging on dangling vines and maneuvering across multiple platforms, Frogger also has the ability to spit goobers at enemies and bloat himself with air to float over longer distances when jumping.

There are currently no videos at this moment for Frogger: The Great Quest