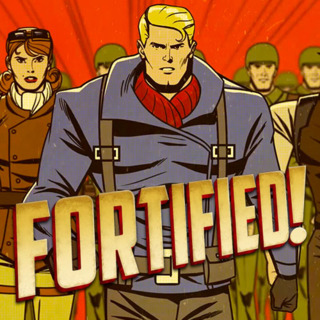 Grab this free PC game to experience sci-fi cheesiness straight out of the 1950s.

Here is a roundup of some of the deals on Xbox Live this week.

Check out the launch trailer for Fortified.

Where to buy
Fortified
$13.39 at Fanatical
GameSpot may get a commission from retail offers.

Fortified is an action-packed tower defense game that expands upon the genre by adding third-person shooter mechanics and real-time strategy elements that are used in tandem to save Earth from robotic invaders. Players take control of one-of-four pulp characters as they fight swarms of enemies with an arsenal of Cold War era weapons and experimental alien technology.