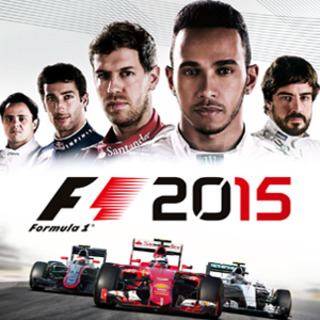 You can get a Steam key for F1 2015 for free through the Humble Store right now.

PlayStation 4 games are now available to stream on PlayStation Now, making them playable on both PS4 and PC.

New career mode will take players "deeper into the worlds most exciting motorsport."

This week Journey makes it to PS4, F1 2015 races its way to PS4 and Xbox One, Tembo the Badass Elephant doles out swift justice, The Talos Principle gets a ...

F1 2015 has the best on-circuit action the series has ever seen, buts serious technical issues, a dearth of game modes, and multiplayer which is functionally broken sour what is ...

Ahead of his upcoming review, Danny sits down with Drew from Giant Bomb to play the latest game in Codemasters' Formula One series.

This week Europe gets F1 2015, Xbox One owners get SMITE while PS4 owners get Pneuma and Skullgirls 2nd Encore. The Red Solstice comes out of early access and Rocket ...

Check out this trailer for F1 2015, the official videogame of the 2015 FIA Formula One World Championship.

Check out a series of gorgeous screenshots for Codemasters' upcoming racing game.

But both console editions are aiming for 60fps.

Where to buy
F1 2015
There are no available deals for this platform
$65.19 at Amazon
GameSpot may get a commission from retail offers.

Race like a champion in F1 2015 and get closer than ever before to the experience of racing in the world’s most glamorous, exciting and prestigious motorsport. F1 2015 puts you in the heart of the action with a stunning new game engine that recreates the blisteringly fast and highly responsive racing cars of FORMULA ONETM and features all-new ‘broadcast presentation’ that immerses you in the unique race day atmosphere. F1 2015 is the official videogame of the 2015 FIA FORMULA ONE WORLD CHAMPIONSHIPTM and also features fully playable 2014 FIA FORMULA ONE WORLD CHAMPIONSHIPTM bonus content. Compete as your favourite FORMULA ONE star in the new Championship Season and push yourself to the limit in the challenging Pro Season mode. Hone your skills in the new Online Practice Session, and then challenge your friends and racing rivals from across the world in Online Multiplayer.