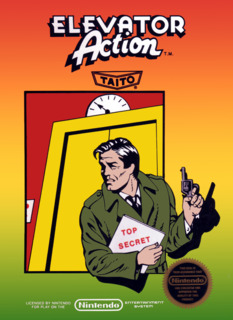 Though the 2600 port of Taito's Elevator Action was never officially released by Atari after being almost completed in 1983, this game surfaced years later in prototype form. A group of collectors produced the game in small quantites and sold it at Classic Gaming Expo 2001.