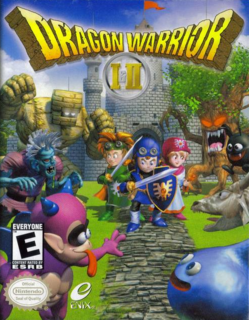 Latest on Dragon Warrior I & II

Compilations of first three games due for September.

We have no news or videos for Dragon Warrior I & II. Sorry!

Dragon Warrior may seem like just an appetizer for the full-featured RPG experience in Dragon Warrior II, but the ability to play both games in succession and witness the interaction of their storylines greatly enhances the satisfaction gleaned from both titles.