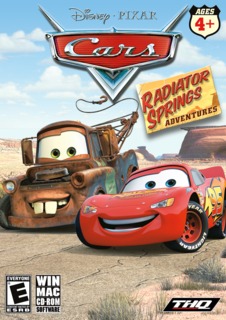 WOW returns to the top, and Caesar makes a solid debut as a list of regulars play musical chairs.

Company of Heroes conquers the NPD top 10 this week, which sees the discounted Tiger Woods 2006 and Sim City 4 reenter the charts.

Most recent weekly top 10 from NPD yields a Sims 2 four-way, a dethroned World of Warcraft, and a resurgent Starcraft: Battle Chest.

Once again, the weekly NPD numbers are topped by World of Warcraft, the Sims 2 and...Nancy Drew?

Cars spins out, leaves an opening at the top for World of Warcraft; Half-Life 2: Episode One rejoins the PC charts.

First week of Q3 sees minor shuffling in the usual cast of characters, with World of Warcraft on top again.

Titan Quest debuts in the third spot; EA's strategy-minded take on the NFL breaks the plane of the top 10.

After Cars' weeklong 'Adventure' at the top, Blizzard's MMORPG battering ram known as World of Warcraft knocks the game adaptation from the No. 1 position.

Cars: Radiator Springs Adventure is a mini-game based title featuring the story and characters from the PIXAR movie Cars. This is a different game from the regular PC game Cars, which is a racing game like the console versions.

There are currently no videos at this moment for Disney/Pixar Cars: Radiator Springs Adventures