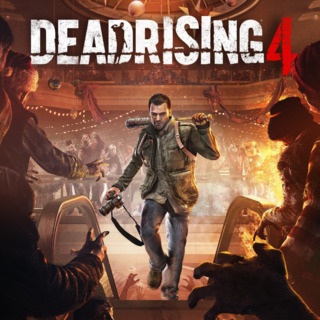 More Xbox Game Pass Games Out Now On Xbox One, PC For July 2019

Middle-earth: Shadow of War, Dead Rising 4, and more are coming to the subscription service soon.

Capcom confirms the subsidiary, which was best known for its work on the Dead Rising series, has been shuttered and its projects have been cancelled.

When it comes to saving the day and bringing the zombie smack down does Frank West still have what it takes or should he just go back to covering wars?

Capcom confirms the subsidiary, which was best known for its work on the Dead Rising series, has been shuttered and its projects have been cancelled.

Why Zombie Games Refuse To Die

With a new influx of zombie games, Mike Mahardy looks at what has made them so popular over the years, and why the undead horde will continue to be important ...

Capcom confirms layoffs have hit the company but says support for Dead Rising will continue.

Top New Games Out This Month On PS4, Xbox One, And PC - December

Close out the year with Destiny 2's Curse of Osiris expansion and some HD remasters.

Dead Rising 4: Frank's Big Package arrives on PS4 with all the DLC and an extra mode.

Capcom's Dead Rising 4 will no longer be an Xbox One/PC exclusive; New mode will be added as free update to all other versions of the game.

You can pay what you want for Devil May Cry, Dead Rising, and other great Capcom games right now.

The Japanese publisher posts a year-over-year increase for revenue and profit; get all the information here.

Five wacky weapons will be available to buy for $2 each starting April 4.

New details and a date for the Frank Rising expansion, as well as new info about the over-the-top golf expansion.

Dead Rising 4 is unleashing a new kind of undead plague on PCs this spring when it arrives for Steam on March 14th, 2017.

Players can look forward to features like "coagulated blood shaders" and more.

It’s the holiday season in Willamette, Colorado and a mysterious outbreak has overrun the Willamette Memorial Megaplex Mall and surrounding town with dangerous and deadly predators. Join Frank West as you explore a vast, open world sandbox filled with dangerous new zombies and a million ways to kill them as you seek to uncover the truth behind the outbreak – or die trying.

Why Zombie Games Refuse To Die