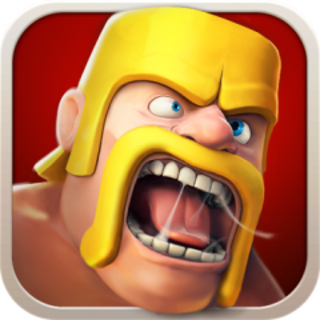 Latest on Clash of Clans

Clash Of Clans Is Celebrating 10 Years With An Exaggerated Retrospective

Developer Supercell has decided to celebrate a decade of Clash of Clans by pretending it has actually been around for 40 years.

Finnish developer Supercell has been ordered to pay the Japanese company Gree $92 million as the result of a lawsuit.

Most Popular Video Game Trailers Of 2017 On YouTube Revealed

YouTube announces the most-watched video game trailers of the year.

Clash of Clans - Welcome to the Builder Base Trailer

Take a look at this trailer for Clash of Clans which welcomes players to the Builder Base, an all-new in-game world.

Clash of Clans Dev Acquired by League of Legends Owner for $8.6 Billion

Lead your clan to victory! Clash of Clans is an epic combat strategy game. Build your village, train your troops and battle with thousands of other players online!Clash of Clans is an addictive mixture of strategic planning and competitive fast-paced combats. Raise an army of Barbarians, War Wizards, Dragons and other mighty fighters. Join a clan of players and rise through the ranks, or create your own Clan to contest ownership of the Realm. Driving back the goblins is just the first step - your quest isn't over until your clan reigns supreme over all others! Build your village into a undefeatable fortress? Battle with players worldwide and take their Victory Points? Join together with other players to form the ultimate Clan? 10 unique units with multiple levels of upgrades? Defend your village with Cannons, Towers, Mortars, Bombs, Traps and Walls? Fight against the Goblin King in an epic campaign through the realm.

Clash of Clans - Welcome to the Builder Base Trailer