Got a PS5 console and looking to play some games that won't cost a cent? These ten games are worth downloading right away.

After reaching 40 million players on console and PC, Ubisoft's 2D fighting game is continuing to grow.

The full list sees Call of Duty: Modern Warfare and Warzone taking the number one spot on PS4.

Brawlhalla kicks off a special in-game event on Nintendo Switch, PC, PlayStation 4, and Xbox One that introduces a new crossover character, game mode, and stage.

Get in on the colorful crazy action with this new trailer for Adventure Time Brawlhalla.

Brawlhalla - Coming To Switch And Xbox One Trailer | Gamescom 2018

Brawlhalla is coming to Nintendo Switch and Xbox One on November 6th 2018!

Ubisoft has acquired Atlanta-based developer Blue Mammoth Games, the studio behind the hit free-to-play brawler for PC and PS4.

Sony is kicking off August with many new releases on the PlayStation Store, and you can check out the full list here.

Platform-Fighter Brawlhalla Is Getting PS4 and PC Cross-Play 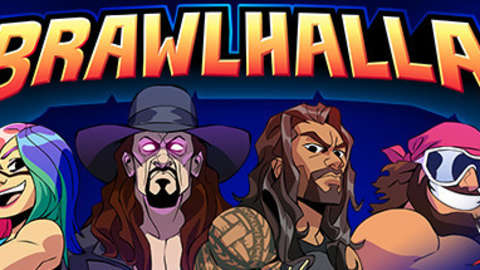 Brawlhalla is a 2D platform fighter and 100% Free to Play. An eternal battle arena where the greatest Legends ever brawl to prove who is the best that ever was, is, or will be. Every match is an epic test of skill, speed, and strength, and every victory brings glory and bragging rights to the winner.

Brawlhalla - Coming To Switch And Xbox One Trailer | Gamescom 2018