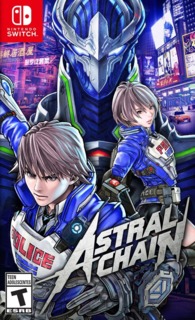 Astral Chain, Control, Man of Medan, and Wreckfest went toe-to-toe for the No. 1 spot.

Astral Chain Guide: Advanced Combat Tips And What You Need to Know To Master Your Legion

Here are some handy tips that'll help you better optimize your combat skills in Astral Chain for Nintendo Switch.

Astral Chain Guide: Spoiler-Free Tips & Advice To Get You Started

Before jumping into Platinum's new stylish action game for Nintendo Switch, keep these things in mind

Astral Chain: How Long Does It Take To Beat Platinum's New Game?

The latest from Platinum Games is a Nintendo Switch exclusive, and it'll take you a while to finish.

Max breaks down the most essential combat tips to succeed with your Legion in the Nintendo Switch exclusive Astral Chain.

Watch us plow through enemies on ultimate difficulty as we clean up Astral Gates in Platinum's Nintendo Switch-exclusive.

Astral Chain (Switch) Out Today, Already On Sale For $10 Off At Walmart

Platinum's new Switch-exclusive action game is out now, and you can save $10 if you pick it up at Walmart stores.

This week is loaded with Control, World of Warcraft Classic, Pokemon Masters, and more.

Astral Chain Is Unlike Anything From Platinum Games

Michael Higham talks in-depth about his time with Astral Chain and how Platinum Games has created another hit on GameSpot After Dark.

We battle against Aether a powerful secret boss, in the 70th combat mission. Astral Chain is available now on Nintendo Switch.

Astral Chain Guide: Tips To Getting S+ Rank In Combat

The latest stylish-action romp from Platinum Games features a grading system. It works a bit different this time around, though.

Platinum Games' new Switch exclusive arrives later this week, and reviews have begun rolling in for it; here's what critics are saying.

This week is jam-packed with Control, World of Warcraft Classic, Pokemon Masters, and more.

Despite each having voice actors, whichever of the two characters you choose to play as in Astral Chain doesn't speak.

No extra lives and game over in 1-3 hits. Watch us take down some Protolegions in style! Astral Chain arrives on Nintendo Switch August 30th.

No forum topics for Astral Chain yet. Want to start us off? Create a new topic. 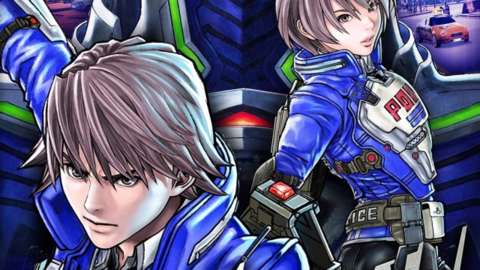 The Ark: A massive, prosperous, multicultural city. But disaster strikes when mysterious dimensional gates appear, bringing dangerous alien creatures to the Ark to attack the people and corrupt the land. The Ark police form a special task force, known as Neuron, to face the alien threat head-on.

Astral Chain Is Unlike Anything From Platinum Games