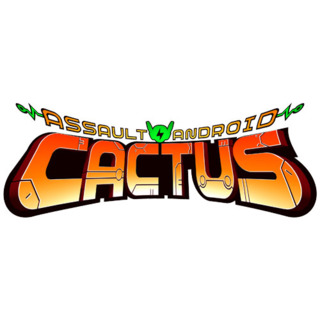 One of the great modern bullet hell shooters is getting a Switch version! Take a look at how Nintendo's console handles the frantic chaos of Assault Android Cactus.

Assault Android Cactus is on a mission to save the ship from its own rampaging robot workers! Play on the go or settle in for up to four player couch co-op in an intense twin stick shooter. Including the new Campaign+ mode for Nintendo Switch!

Last Chance For Free Xbox One Games With Gold July 2018

Free Xbox One Games With Gold Still Available For July 2018

Two more games are now available to download for free on Xbox One and Xbox 360, with another pair of freebies coming later in the month.

Join Ben and Erick as they check out Assault Android Cactus and Virtua Fighter 5 (backwards compatible) now that they are available for Xbox Games with Gold in July.

Xbox One Free Games With Gold For July 2018 Revealed

Free games for Xbox One and Xbox 360 are heading your way--assuming you have an Xbox Live Gold subscription.

July 2018 Xbox One And 360 Free Games With Gold Announced

This month Xbox One gets Assault Android Cactus and Death Squared, while Xbox 360 gets Virtua Fighter 5: Final Showdown and Splinter Cell Conviction.

July's 2018 Games with Gold lineup for Xbox One includes: Assault Android Cactus and Death Squared. For Xbox 360 owners (and through Xbox One backward compatibility), July kicks off with ...

Check out the release trailer for Assault Android Cactus.

Pick which of these three games you'd most like to see offered up for free in March.

GS News - Fallout 4 Update Out Now; Bethesda Will Have Another E3 Conference!

Vote for the next free PlayStation Plus game, and check out all the details of the newest Fallout 4 patch!

Plus members can choose between three PS4 games--Broforce, Assault Android Cactus, and Action Henk--that they want to see offered as part of March's Plus game lineup.

Check out the launch trailer for Assault Android Cactus.

Assault Android Cactus is an intense arcade style twin stick shooter - pick from one of nine unique synthetic heroines and blast your way through overwhelming robots hordes to save the ship from its own workforce. Supports single player and local co-op game modes.

July 2018 Xbox One And 360 Free Games With Gold Announced

GS News - Fallout 4 Update Out Now; Bethesda Will Have Another E3 Conference!