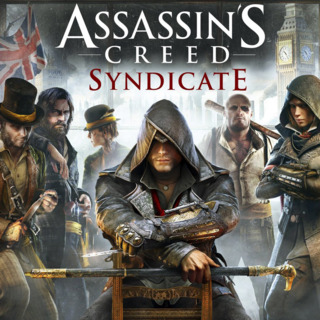 Assassin's Creed Syndicate Is Mostly Playable On PS5, Despite Warnings

The 2015 Assassin's Creed game was included on a list of PS4 games that wouldn't play on the PS5.

A new report from Bloomberg writer Jason Schreier casts new light on the allegations that have surrounded Ubisoft in recent weeks.

Last Chance To Get Assassin's Creed Syndicate For Free On PC

Last Chance: Assassin's Creed Games Are Up To 70% Off For PC

Ranking The Assassin's Creed Games (Based On Their Wine)

Ubisoft sent us several Assassin's Creed bottles of wine, so Mike Mahardy and Lucy James set out to rank the series based on their refined palettes.

Last Chance For These Free Xbox One Games With Gold

Xbox One owners only have a few more hours to grab the first batch of May's free Games with Gold before they return to their regular price.

Last Chance For These Free Xbox One And Xbox 360 Games

It's the end of April, and that means time is running out to grab these games for $0.00 if you're an Xbox Live Gold member.

Free Xbox One Games With Gold For April Still Available

Get all your Victorian assassinating and alien slaying urges out of the way right now with free Assassin's Creed and Dead Space games.

Xbox One Free Games With Gold Announced For April

Microsoft has detailed the freebies that will be available on Xbox One and 360 next month, including Assassin's Creed and Dead Space titles.

Xbox One gets The Witness and Assassin's Creed Syndicate, while 360 gets Cars 2 and Dead Space 2.

How Assassin's Creed's Year Off Affected The Franchise

The Lobby crew discusses Ubisoft's two-year wait for another Assassin's Creed entry, and how it impacted the final product's release leading up to its Oct. 27 release date on PS4, ...

God of War looks to have a huge presence at E3 this year, and Target have leaked a preorder card for the next AC game called Assassin’s Creed Origins.

Need For Speed Payback was revealed, PlayStation Plus’s June free games were revealed and the next Assassin’s Creed protagonist may have been leaked.

The next Assassin’s Creed protagonist may have just leaked on a promo t-shirt, and Square Enix reveal a brand new upcoming RPG!

A new Mass Effect: Andromeda patch makes changes to cinematics and Sara Ryder’s appearance, while only 11% of Americans have heard of Project Scorpio!

Tekken 7 is getting PS4 console bundles in Europe, and check out what is possibly the first screen from the rumored Assassin's Creed: Origins.

A new Ubisoft studio is working on unannounced AAA project, and find out how operators are changing in the new Rainbow Six Siege update!

Introducing Jacob Frye, who with the help of his twin sister Evie, will change the fate of millions in Assassin's Creed Syndicate. Rise to rally and lead the underworld to break the corrupt stranglehold on London in a visceral adventure filled with action, intrigue, and brutal combat.

Ranking The Assassin's Creed Games (Based On Their Wine)