The COVID-19 pandemic caused huge disruption across the entertainment industry in 2020, with theaters closed, movies delayed, and production halted. The only real success story was streaming, with record subscription numbers for both the huge established platforms and niche services. And if there's one genre that has thrived on streaming over the past year, it's horror.

Horror has a long history as a popular home entertainment format. In the '80s, genre favorites such as A Nightmare on Elm Street, The Fly, Hellraiser, and Evil Dead II were big hits on VHS, and a whole generation of horror fans grew up watching scary movies at home. Even before the pandemic, many of the best horror movies went straight to streaming, but last year a lack of bigger films has meant that some smaller horror movies have reached audiences they might not have previously.

One of the biggest streaming successes has been AMC's horror service Shudder. In the summer, it released the zoom-based found footage movie Host, which became one of the summer's most talked-about films, and since then has released a steady stream of new horror exclusives. And of course, Netflix continues to deliver original movies every week, and there have been some great scary releases over the past few months. 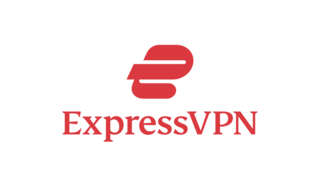 We've picked the best horror movies from the past few months on Netflix, Shudder, and video on demand. And once you've checked these out, here's our list of the best horror originals that hit streaming earlier in 2020.

The 20 Coolest Star Wars Alien Species From Throughout The Galaxy

The title of this clever chiller refers to a live-streamed exorcism show, in which charismatic priest Father Max (Ryan Guzman) casts a demon out of a possessed person each week. However, it's all faked by Max and his assistant Drew (Kyle Gallner) with the use of actors and special effects, so when the pair are faced with a real possession, live on air, they aren't exactly equipped to deal with it. Although The Cleansing Hour is the sort of movie that will date quickly, as technology moves on, right now it's an intelligent satire about how we consume media online and the lengths people will go to to maintain a social media profile, as well as an effective and entertaining possession movie.

While the horror genre is filled with sequels, the vast majority are inferior retreads of what made the first film successful. Thankfully, director McG's sequel to his Netflix comedy horror The Babysitter is far superior to the original--it's much funnier, weirder, and gorier. The movie once again stars Judah Lewis as teenager Cole, who is recovering from the traumatic events of the first film, in which he discovered that his babysitter was part of a satanic high school cult. Sadly no one believes him, until the gang returned from the dead to deal with unfinished business. The Babysitter: Killer Queen has a real "throw it at the wall" vibe, and while not everything works, the relentless pace, non-stop jokes, and over-the-top splatter ensure that things never get boring. Roll on Part 3.

Indonesia might not have the profile of Japan or China when it comes to Asian horror, but the country has released some fantastically scary movies over the years. The 1980 movie Queen of Black Magic is considered classic and has now been remade by director Kimo Stamboel and co-writer Joko Anwar (Impetigore, Satan's Slaves). The evil "Queen" of the title is a former worker at an orphanage who terrorizes a man who grew up there and his family when they come to visit the dying owner. The original film is known for its boundary-pushing gore and this new version absolutely delivers on that front. It's one of the grisliest horrors to come along in a while, and viewers who don't like creepy-crawlies are advised to stay away. But if you want some serious, intense, and full-blooded horror, then Queen of Black Magic delivers.

While Peninsula, the highly anticipated sequel to Train to Busan, was a disappointment, there was another South Korean zombie movie that absolutely hit the spot last year. #Alive has a simple set-up--a young man named Joon-woo wakes one morning in his parent's apartment to find that the country has been overrun by ravenous zombies. With his parents gone, presumably dead, Joon-woo must figure out how to stay alive with only a limited amount of food in the apartment and hundreds of zombies swarming below. Yoo Ah-in delivers an engaging performance as the lethargic gamer is forced to fend for himself for the first time. Director Cho Il-hyung keeps things claustrophobic by never moving from the apartment block and the ground below, and Park Shin-hye makes for a sympathetic co-star, playing a girl in the building opposite who teams up with our hapless hero.

The art of scary storytelling is explored in this very funny directorial debut for writer/director Josh Ruben. He stars as struggling writer Fred, who rents a remote cabin to work on his novel. It just so happens that his neighbor is an established author named Fanny (You're the Worst and The Boys star Aya Cash), who is known for a hugely popular vampire novel. When the power goes out one night, the pair hang out together, trying to outdo each other with scary stories. The chemistry between Ruben and the hilariously acerbic Cash makes Scare Me a hugely enjoyable experience, and as a director, Ruben's inventive use of sound and camerawork ensure that the movie never feels static.

Director Steven Kostanski previously helmed the impressive Lovecraftian shocker The Void, but with the hilarious Psycho Goreman, he returns to the type of movie he made as part of the Canadian horror comedy and VFX team Astron 6. Psycho Goreman is a homage to fantasy movies like The Goonies and Explorers, as well as Japanese superhero films and '80s splatter movies. A pair of kids discover a mysterious glowing gem that controls a bloodthirsty alien creature they call Psycho Goreman (or PG for short). There's plenty of laughs from watching this huge, murderous being, who wants to murder everything in his path, completely under the control of two mischievous children, and Kostanski and his team deliver some impressive physical effects work as other aliens plan to take advantage of PG's servile state. The film runs out of steam after an hour or so, and it's unfortunate that the pandemic stopped it playing at festivals last year, as it would be the perfect movie to watch with a raucous crowd of like-minded horror fans. Nevertheless, it's a lot of fun and highly recommended to nostalgic gorehounds.

Horror lends itself very well to short and shocking storytelling, and as a result, anthologies have been a huge part of the genre over the decades. The Mortuary Collection is one of the best recent examples. The wraparound story focuses on a young woman named Sam (Caitlin Custer) who visits a spooky funeral home on the edge of town looking for a job. She meets the very old, very creepy owner Montgomery Dark (a highly entertaining Clancey Brown) and dares him to tell her some weird and scary stories about how unlucky local people ended up in his mortuary over the years. The four stories themselves all blend humor and horror in the classic tradition of EC Comics and anthology classics like Creepshow and Asylum. And while some anthologies can feel a little fragmented, the wraparound here ultimately becomes a story in its own right and helps tie the whole movie together in an unexpected but satisfying way.

3. Vampires vs the Bronx

Although there's nothing subtle about the title of this urban vampire comedy, the film itself is a surprisingly insightful, character-driven movie. It's co-written and directed by Saturday Night Live director Oz Rodriguez, and it centers of a Bronx community who are slowly being bought out of their homes and businesses by a rich and shady company called Murnau Enterprises (named after Nosferatu director FW Murnau). Of course, the company is a front for a group of vampires, who want to lay low while also feasting on the blood of underprivileged minorities they don't believe will be notified if they go missing. The movie works as both a satire about gentrification and social inequality as well as a hugely entertaining horror comedy, as a group of teens take it upon themselves to save their community.

Many of the best horror movies put an interesting spin on established tropes, and that's exactly what Anything for Jackson does. It can be loosely described as a "reverse exorcism," movie, in which older couple Audrey and Henry Walsh kidnap a young pregnant woman named Shannon with the intention of conjuring a demon to possess her. The pair have lost their grandson Jackson and plan to bring back his spirit when she gives birth. But of course, things don't go exactly to plan. Director Justin G. Dyck and writer Keith Cooper have had an extremely prolific career churning out made-for-TV romcoms and Holiday movies, but Anything for Jackson proves they have serious horror chops too. The unpredictable script treads a fine line between offbeat Coen-style humour and pure frights, and veteran character actors Julian Richings and Sheila McCarthy deliver fantastic, funny, and moving performances as the grieving grandparents who get seriously in over their head.

There's a great tradition of socially conscious horror movies, and the highly acclaimed His House is both a powerful drama about immigration as well as a top-notch ghost story. Wunmi Mosaku and Sope Dirisu play Rial and Bol, a couple who flee war-torn South Sudan to the UK and find themselves living in a rundown house while their immigration claim is processed. But soon Rial starts to hear things in the walls and is plagued by ghostly visions. His House impressively avoids haunted house clichés by having its main characters believe in the supernatural--the mystery isn't whether the ghosts are real or not, it's what they want and how to get rid of them. The film has considerable emotional depth, and the flashback scenes to Rial and Bol's life in Sudan add a layer of savage realism to the ghost story. It's a hugely impressive feature debut from director Remi Weekes.