You should feat some of Clint's real life feats, he truly is a badass.
7 years ago

Lol, we have ourselves a mismatched clone.
7 years ago

Is this even a question? 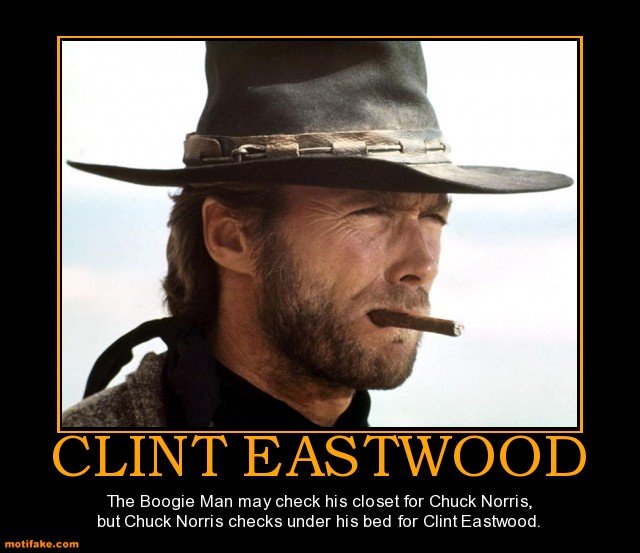 Why are some people basing badassery off of who could beat the other one up? :?

Yeah, really.  I mean let's remember one writes in crayon.

Man with no name 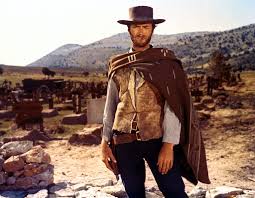 Eastwood. Message for the haters:

Just kidding, but the ending of Unforgiven does seal the deal for me.

A story I saw the other day about how Clint Eastwood, somewhat recently, was in the running to play Batman:

Remember that rant I went on a couple weeks back about how Clint Eastwood playing an elderly Batman would be the only thing that could trump Nolan's Batman movies at this stage in the series? Turns out in his new book Tales From Development Hell: The Greatest Movies Never Made? writer David Hughes discusses a time where Eastwood was actually in the running for Batman!

Most Batman fans know that Batman: Year One (released by DC earlier this year in animated form) was actually first developed to be Batman's next movie following the flop that was Batman and Robin. It is known that Darren Aronofsky was set to direct the film, and it was ultimately shelved for Batman Begins, but Hughes shares some additional unknown info about casting and Joel Schumacher's third pitch for a Batman film. Read a piece of the excerpt below!

Despite Schumachers interest in using Year One as the basis for a darker, grittier adaptation, in the summer of 1999 Warner Bros asked New York film-maker Darren Aronofsky, fresh from his breakthrough feature, Pi, how he might approach the Batman franchise. 'I told them Id cast Clint Eastwood as the Dark Knight, and shoot it in Tokyo, doubling for Gotham City,' he says, only half-joking. 'That got their attention.' Whether inspired or undeterred, the studio was brave enough to open a dialogue with the avowed Bat-fan, who became interested in the idea of an adaptation of Year One.

Vin Diesel is just another teenage girl in comparison to Clint.

you are choosing Clint during an attack of Alzheimer's??

Hard to compare the two really, they're both badass in different time periods. Eastwood in the 70's and 80's; Diesel now.