Lets get the hype started early this year!! and hope it doesnt turn out like last year...

so post all rumors and other things you hear about The big N's E3 right here. 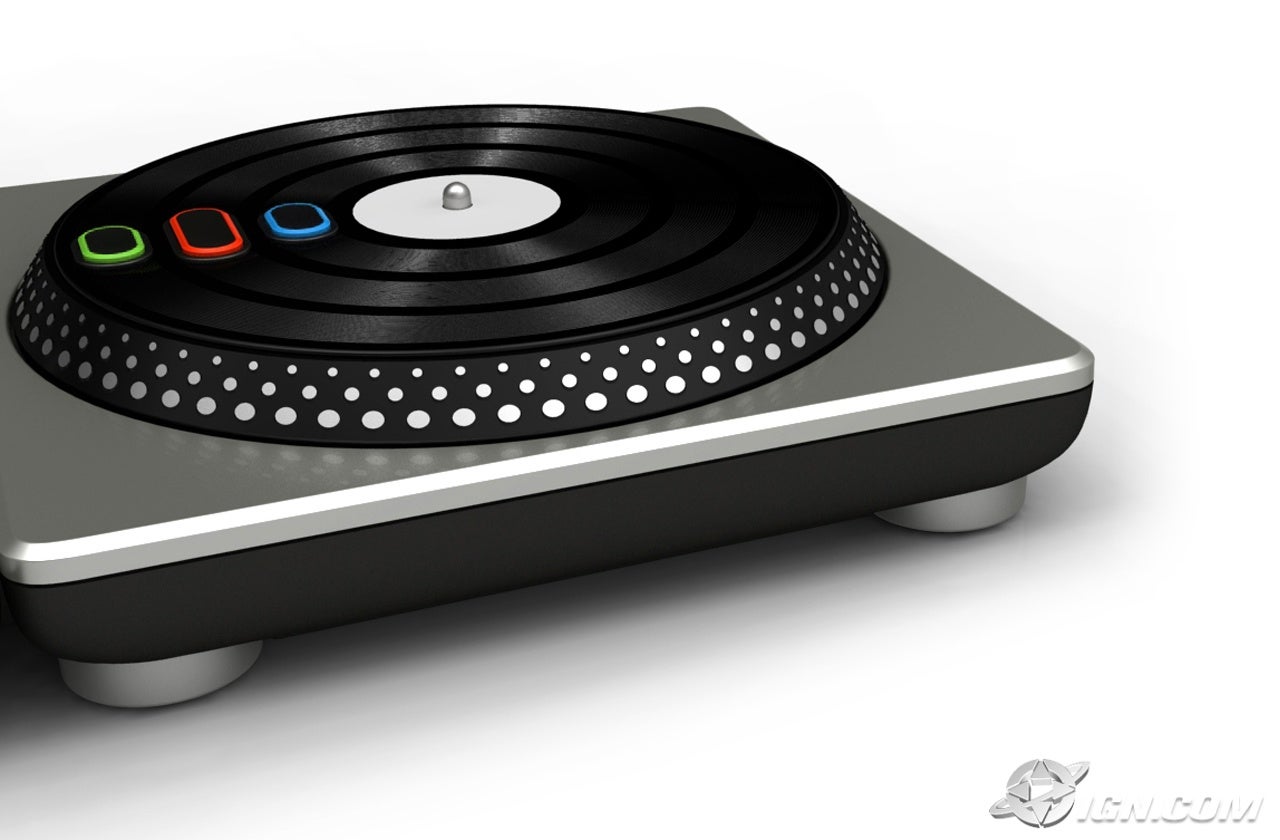 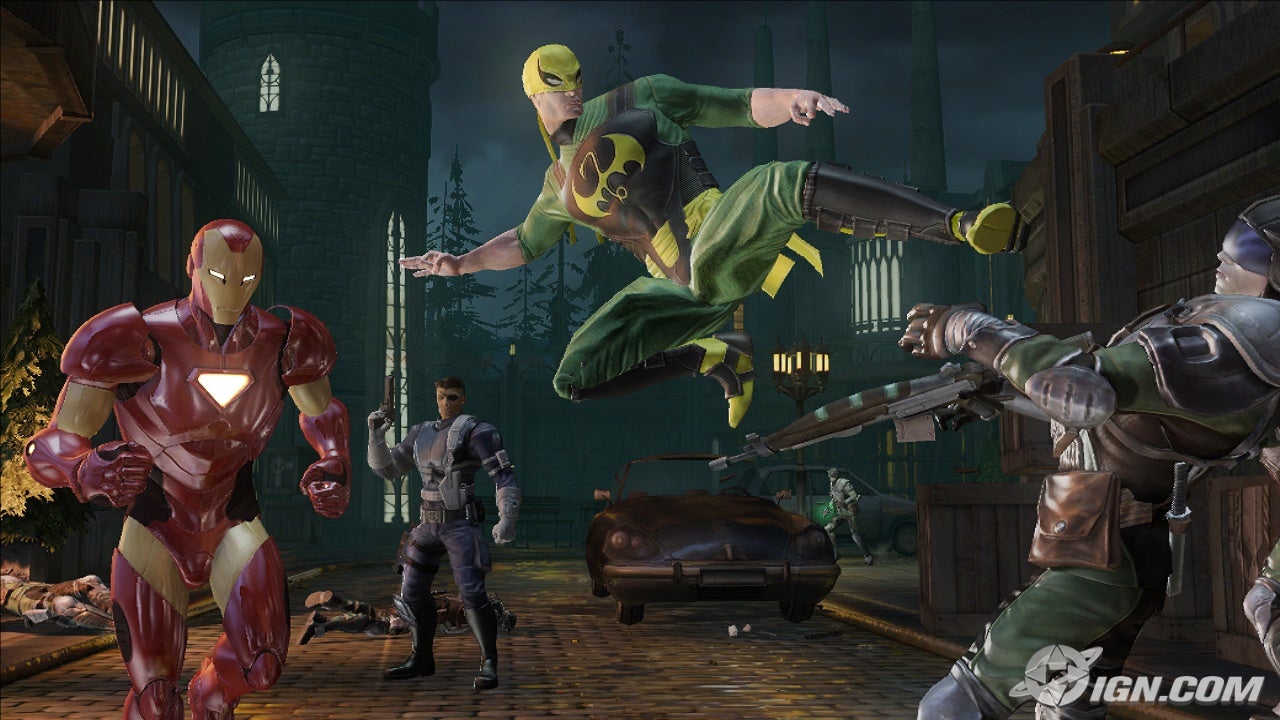 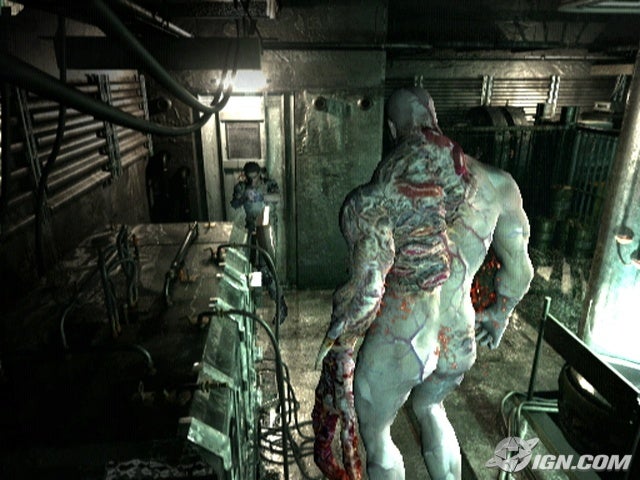 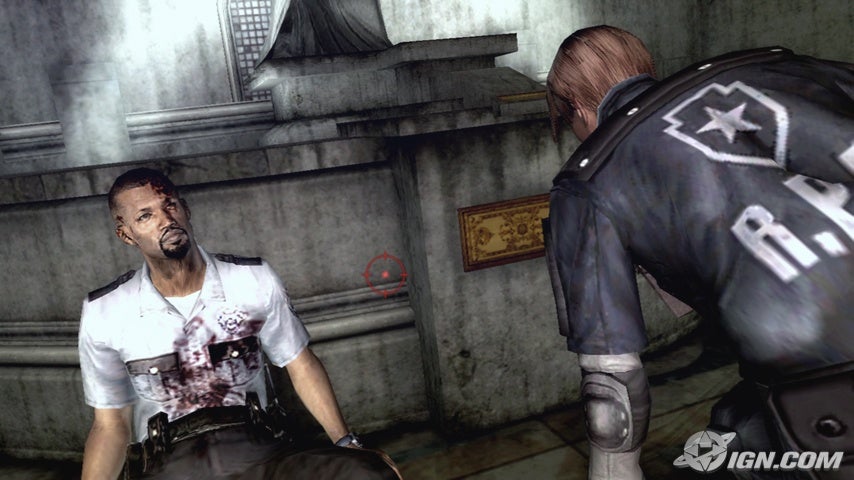 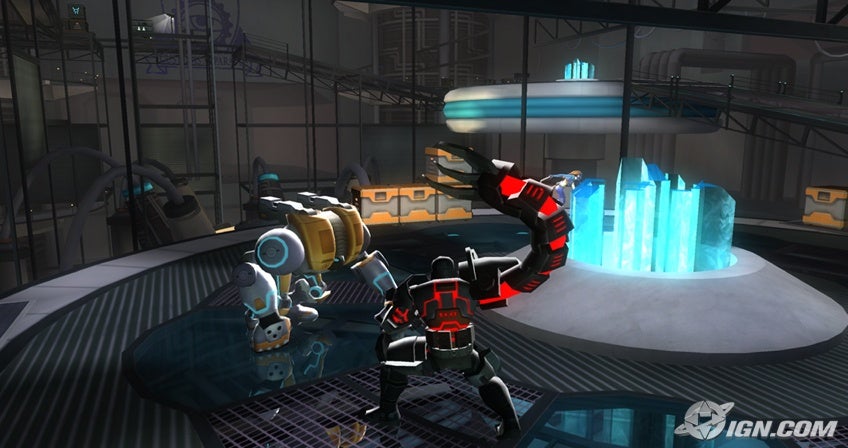 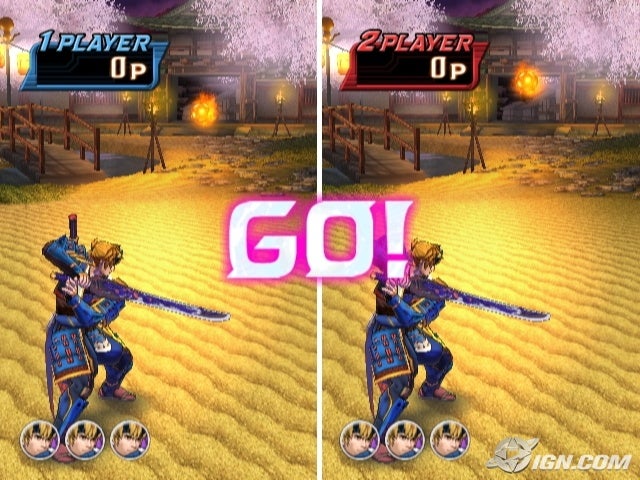 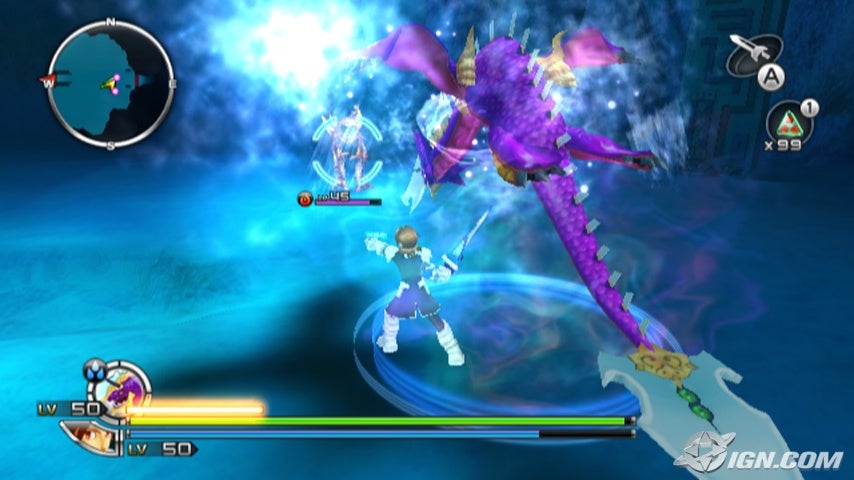 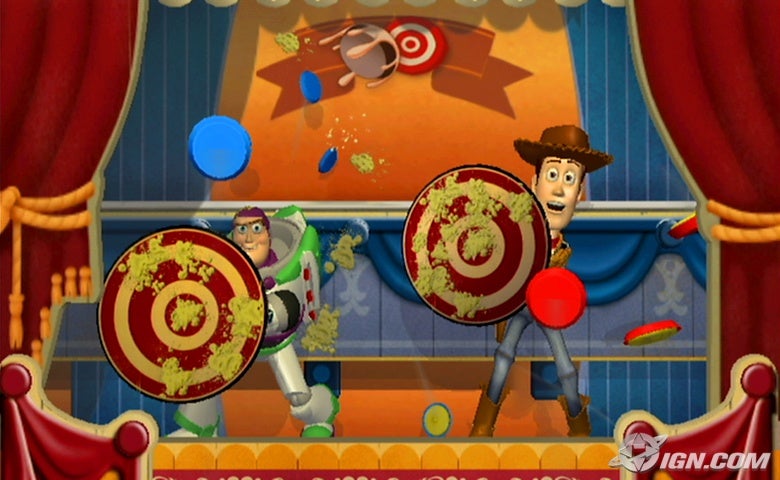 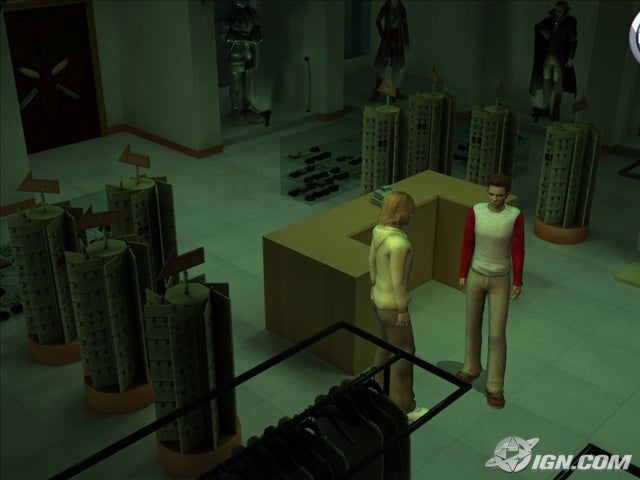 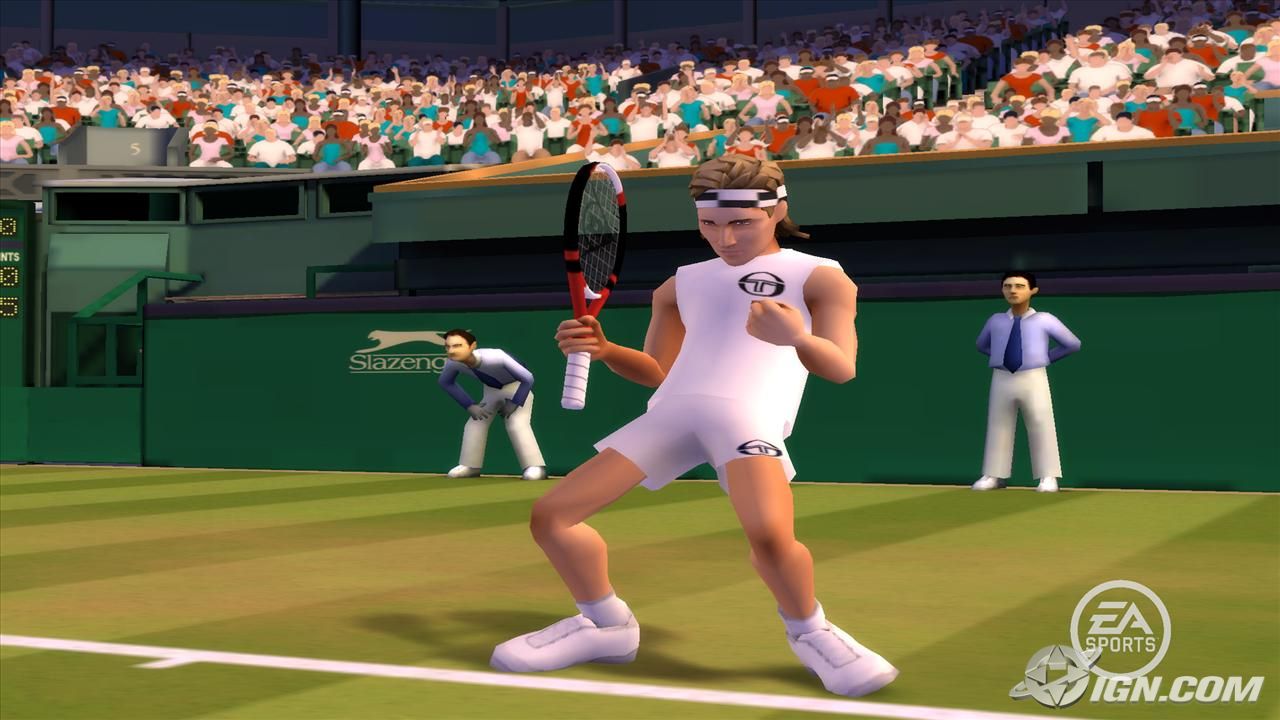 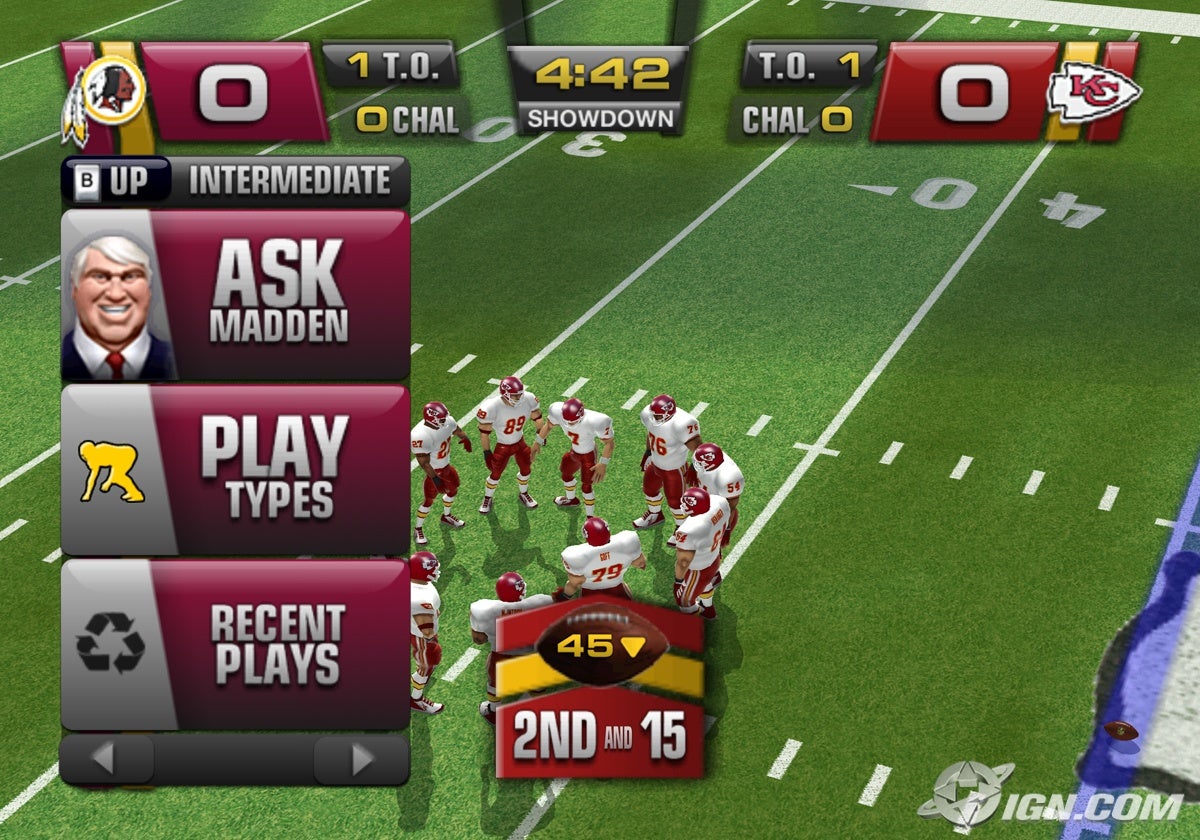 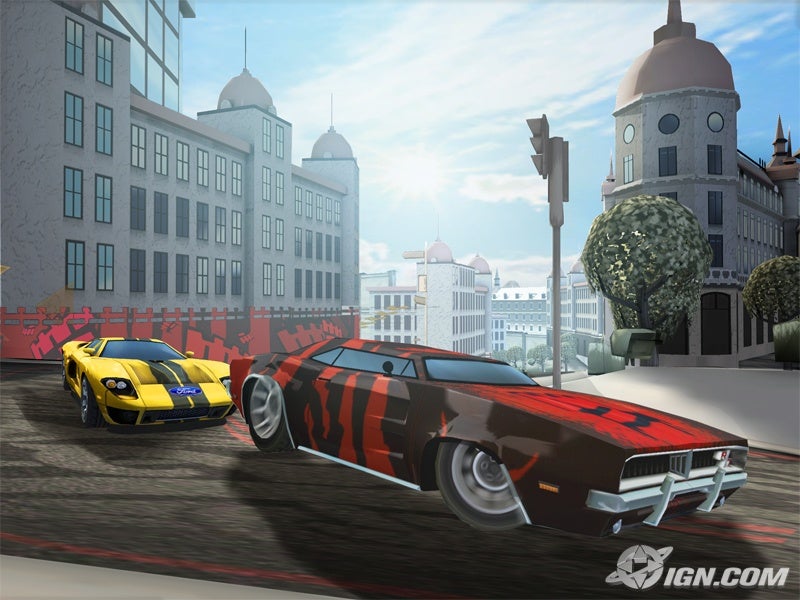 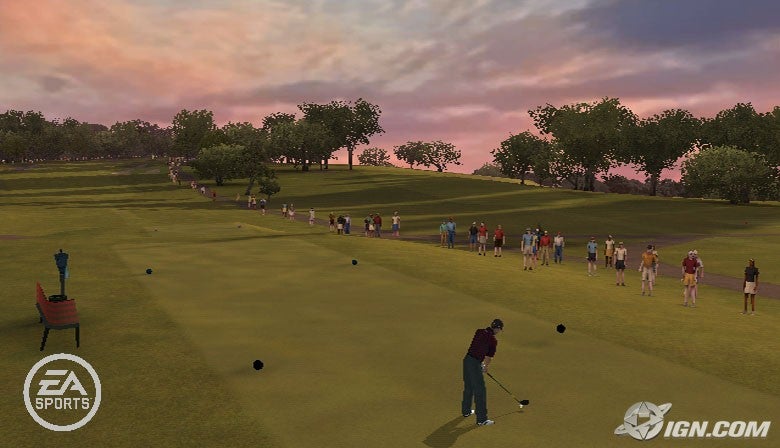 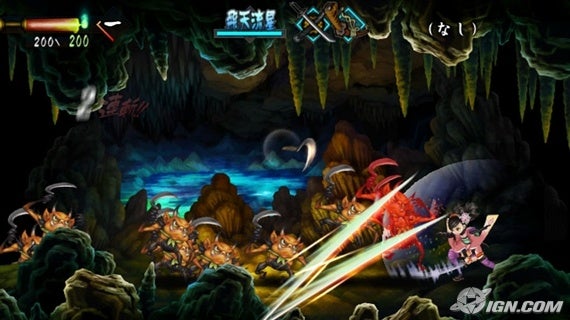 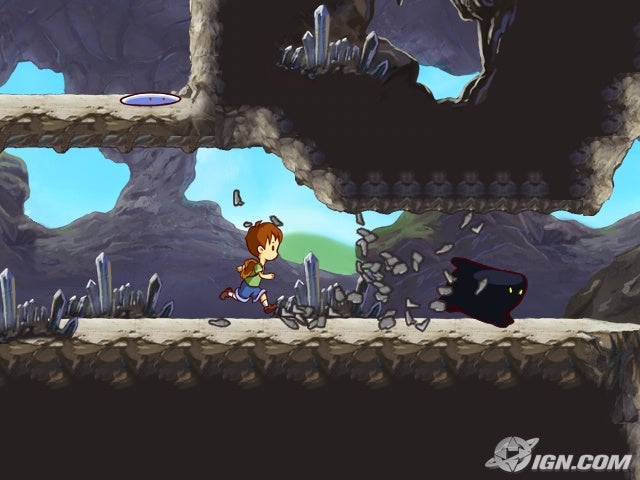 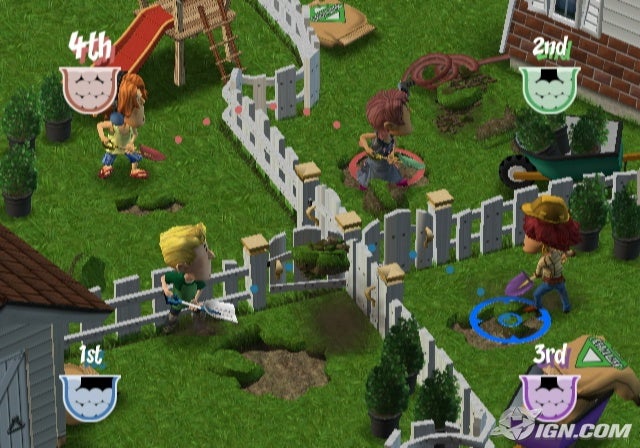 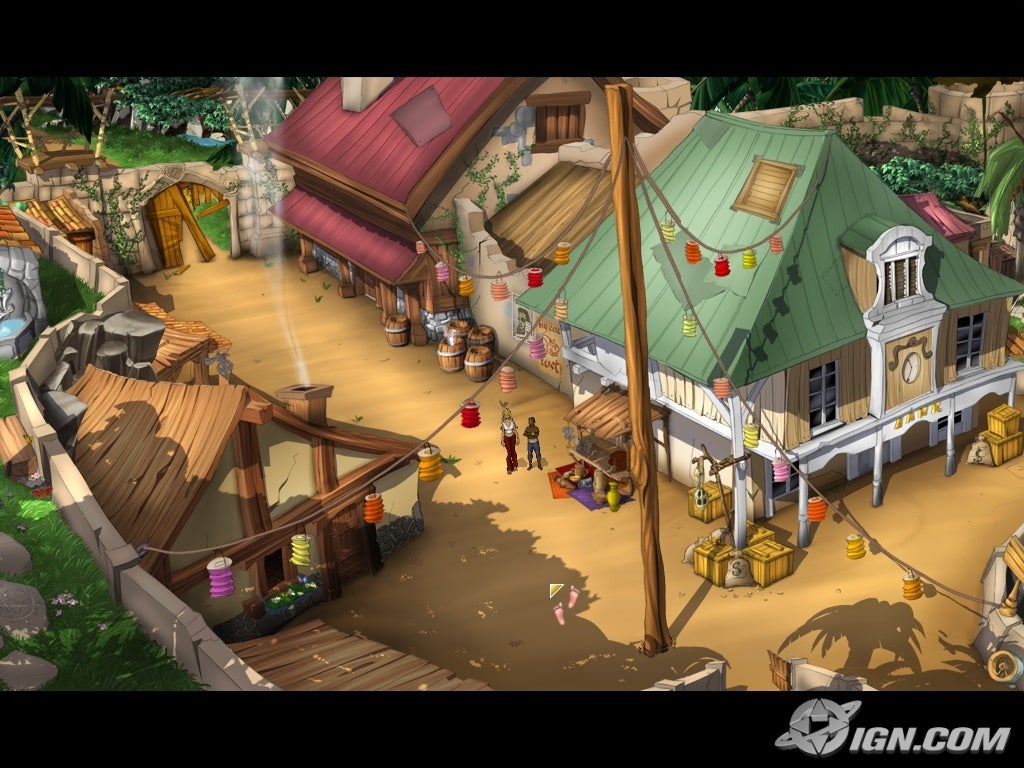 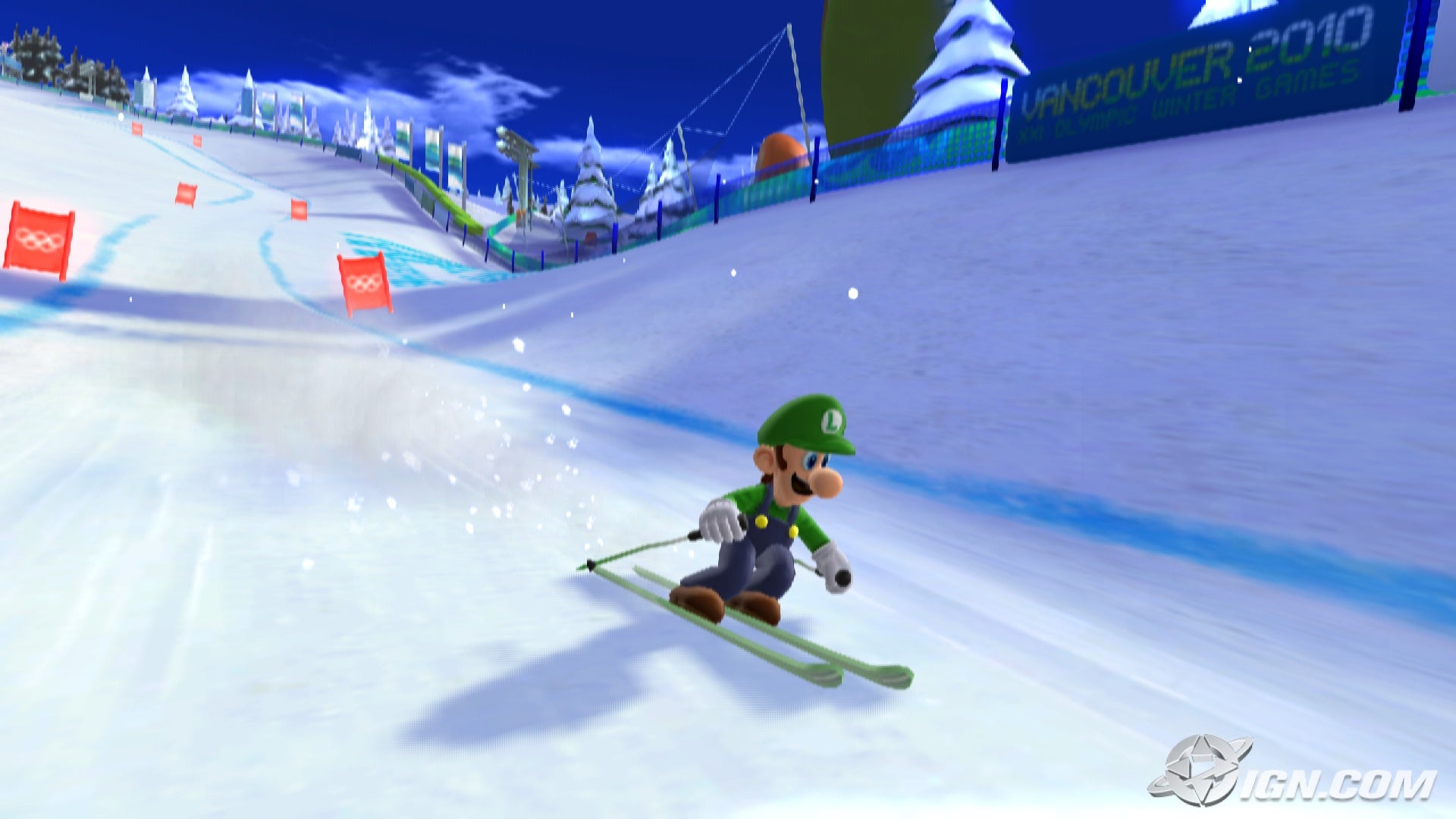 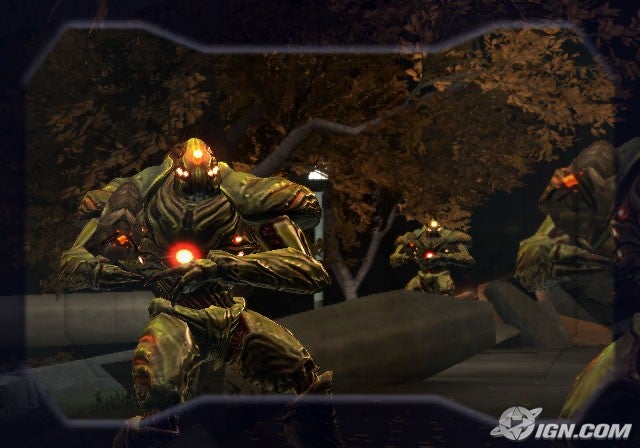 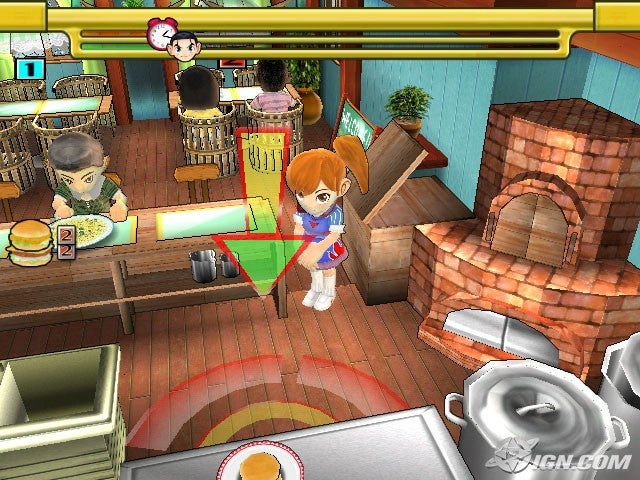 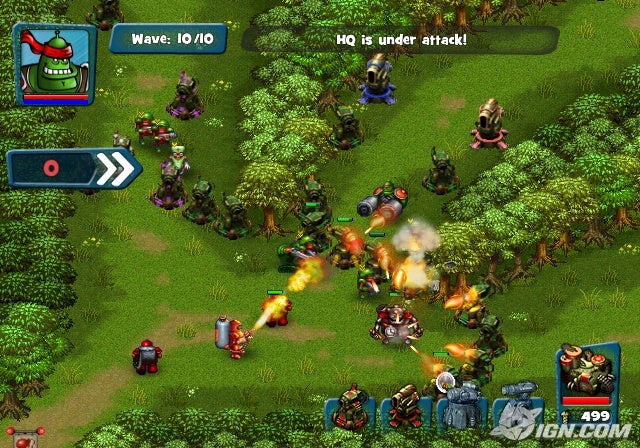 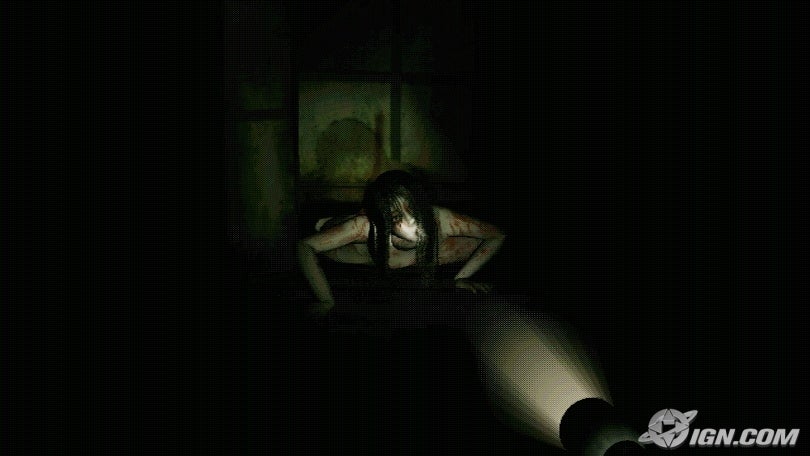 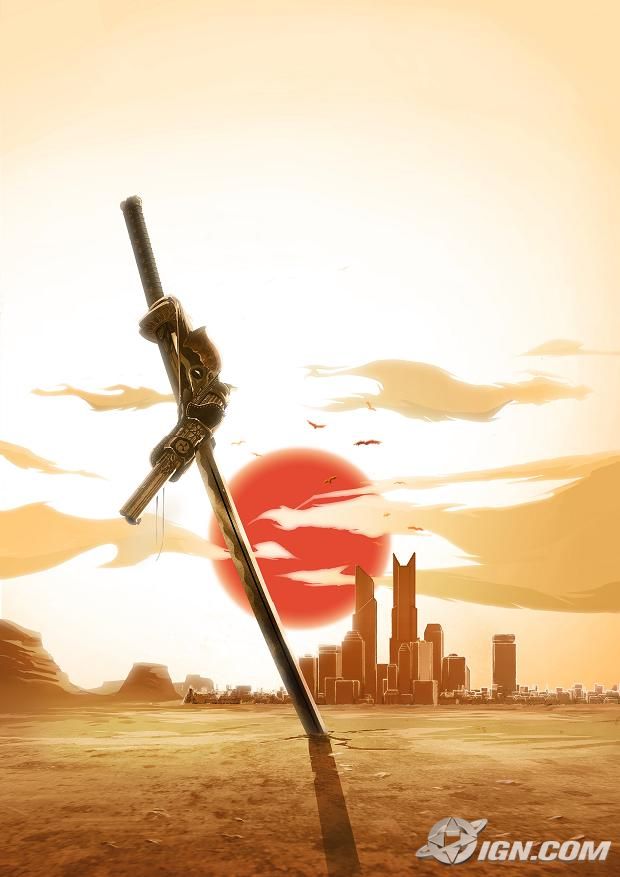 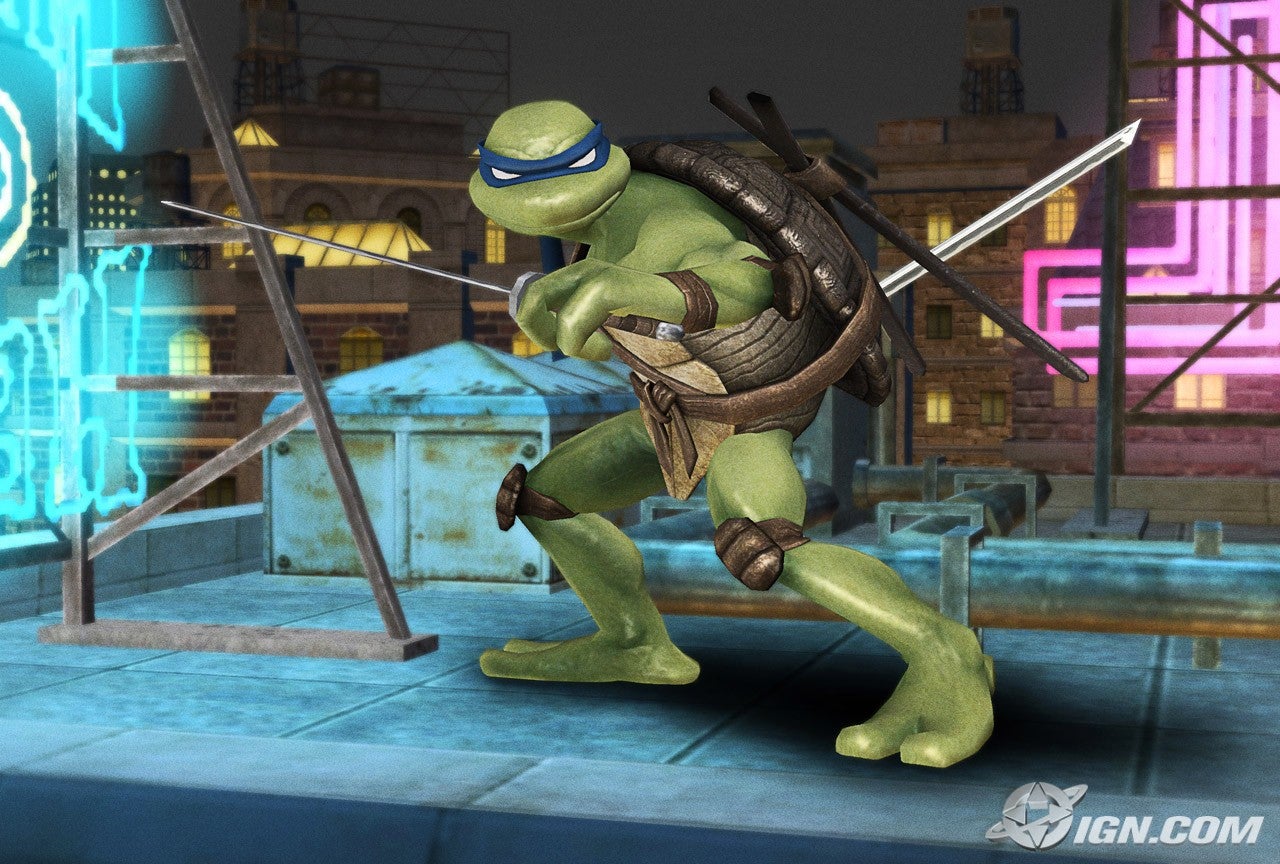 I would agree about Zelda, but the fact that they will probably be showing off the DS one makes it seem less likely to happen on the Wii this year.

That's just my opinion, though.

DS/DSi: Spirit Tracks demo, it is DSi enhanced and fall release date, October. Mario and Luigi 3 release date for August. The give details on DSi only game cards, they have more than 256MB of storage than normal DS cards. They announce a casual title like Brain Age 3 for DSi only to push it to casuals, maybe a core IP for it like New Super Mario Bros 2, Dragon Quest IX release date

Wii: Announce Sin & Punishment 2 date for September, anounce a casual game (something with a pedometer or expansion to Wii Fit), focus on Wii Sports Resort, and the importance of M+, Announce release date and trailer for Pikmin 3 this fall, show trailer and annoucned Kirby Wii for this fall, they promote 3rd party games like Conduit, Modern Warfare 2 ( if its annoucned for Wii, they did the same thing with MOH H2 at e3 07), annoucned dates for Cosmic Walker, Tact of Magic, Dynamic Slash in US.

I would agree about Zelda, but the fact that they will probably be showing off the DS one makes it seem less likely to happen on the Wii this year.

That's just my opinion, though.

well in 2004 they showed Twilight Princess and The Minish Cap

This will be a good year but its success will be based on the gamers perception. I just hope people don't freak if Zelda isn't announced.

ha this time of year brings back memories. i remember me and almost everyone else on this forum were sooo pumped and then when we saw Wii music we were like darn.

I don't think saying it's official means you have an official thread . :P But i don't have any hopes. That way i'll be surprised and happy either way.jjr10

This made me seriously lol.

#16 g1rldraco7
Member since 2008 • 2988 Posts
let's hope Nintendo has a sweeeet lineup of games this time around that way they'll kill the competition.
10 years ago

I actually have high hopes for this. I didn't last year for some reason and good thing I didn't (I actually didn't mind last year with M+ and ACCF, but that woman was a buzz kill, sorry to admit). So many rumours going around this year, there has to be at least one that is true and be ready to announce.

#18 Sepewrath
Member since 2005 • 30176 Posts
What exactly makes this thread official? Anyway I expect to see Zelda Wii trailer, focus on 3rd party exclusives like Red Steel 2, Capcom vs Tatsunoko and perhaps the Bethesda and High Voltage games. They will make a big deal out of WM+ and Wii Sports Resort, Spirt Tracks and hopefully a DSi VC, And I expect them to announce their big holiday release whether it be the long rumored Kid Icarus or the certainly coming Piikmin 3. I don't expect any news on a Star Fox, Mario, F-Zero or Kirby. And a montage showing titles like Sin and Punishment 2, Endless Ocean 2, Marvel Ultimate Alliance 2 and other multiplat release.
10 years ago

-Focus on DSi and M+

Even though I would love an awesome show with especially pikmin 3 being there, butafter last year I wont hypeat all

#22 kieranb2000
Member since 2004 • 7591 Posts
My predictions. - New Mario or Zelda will be revealed (probably no gameplay, just a short teaser) - IF Zelda is the one teased, Link will be shown with a Crossbow. - Retro will announce that it has been working on Metroid Dread since Nintendo 'canned' it. - Red Steel 2 footage, obviously. Maybe even some hands on previews from journalists. - Pikmin 3 - Pokemon Snap 2 (Okay, maybe not. But I man can dream, right?) - Bethesda announce a big game - Popcap announce Peggle for Wiiware - Nintendo show lots of Wii Sports Resort and Wii Fit Plus gameplay. Obviously I just made some of those up, but I think the first 4 are likely. (Yes, even the Retro thing)
10 years ago

haha pokemon snap 2 that would be epic

boy, don't get your hopes so high.

you'll suffer less if you don't.

this is the only thing that comes to mind, everytime I see this damn clip!

Who is this Scruffy looking nerfherder?

let's hope Nintendo has a sweeeet lineup of games this time around that way they'll kill the competition.g1rldraco7

It's also the fifteenth anniversary of Earthbound.

It's also the fifteenth anniversary of Earthbound.

lol i wasnt being serious about the 11 year thing it means nothing. so dont think anything

There wont be a zelda game for the Wii anounced because 1. we already have one coming out for the DS this year. 2. It is romored that something brand new will be anounced. 3. They will probly show the Kirby game. 4. Please and I mean PLEASE let Super Mario Galaxy 2 be anounced!!!

honestly i likekirby but if its another side scroller, forget about it. wouldnt it be cool if it was like mario galaxy

honestly i likekirby but if its another side scroller, forget about it. wouldnt it be cool if it was like mario galaxy

THat would be pretty cool.
10 years ago

I would like to see the addition of first-party properties on WiiWare, but I doubt that'll happen. New 2D Metroid or Donkey Kong games would be awesome.

Otherwise, I think Ninty will demo Spirit Tracks and will *maybe* announce a new Zelda for Wii. Otherwise, expect the usual...

i would like to see some new hardware update... HD

#35 young80s
Member since 2009 • 184 Posts
To all those hating on the officiality of this thread, its official cuz it has that guy playing wii music in the first post. And I'm mostly expecting vague and ambiguous promises of future games, I go into every E3 looking for those and I have not been disappointed yet!
10 years ago

#39 Jackal1721
Member since 2009 • 107 Posts
Sega announces madworld two. We'll see Ultimate alliance 2 (been dying to get that game...) some big games that one game with the pixelated picture finally gets some light she on it...(think about that guys!) But I have my hopes high for this year guys....also No more heroes two gameplay! WOOOOO!
10 years ago

I know it's unlikely to happen, but I hope they announce... Animal Crossing: Let's Go To The City 2: The Countryside!

Seriously though, I'm expecting nothing from E3. That way if they announce something good, I'm excited, And if they annouce something bad (or nothing at all), I'm not going to moan about it.

I do hope the nintendo lady stays away though

I do hope the nintendo lady stays away though

and ravi, with his crazy hairdo, and radical hyperbole.

Apparently that trailer we saw was actual footage.

-Focus on DSi and M+

If that was all then I'd be seriously bummed!
10 years ago

I'd probably say more third party support for Wii will be shown. High Voltage Software is anouncing two mature Wii games, Bethesda's making a "really big" Wii game, and there's that one mystery game (the one with that pixelated picture)

Focus on third party software for the holiday 09 season. They should be pushing the 3rd party stuff so people get their minds off of zelda, mario, and etc... Darkside Chronicles, Dead Space, Tatsunoko vs. Capcom, Spyborgs, Monster Hunster 3, Conduit, Muramasa, Red Steel 2 and many more. They should be putting those games in the spotlight. Show more DSi features, and maybe another new (actually useful) channel.

I whole-heartedly believe that and here's why. Nintendo got blasted last year by fans and critics alike because of the mess e3 '08 was. It was way too casual.

Miyamoto even went on record saying that e3 "[wasn't] what it used to be".

So how can this year be the epicness that was the unveiling of Twilight Princess (the greatest e3 moment in my opinion).

Well, this year e3 is going back to its roots. It is no longer just a press conference for press only. e3 is moving back towards the fan-based mess that it always used to be.

Between that and the criticism Nintendo has been facing, and the curious absent of some key franchises.... this could be the greatest Nintendo e3.

As dumb as this sounds, I am officially aboard the hype train.

I don't have high hopes for this. They need to reveal something to look forward too.

Guys what reasons are there for this E3 to turn out better?
I think there are reasons but look at this:
The previous 2 E3's were babyfied because the audience changed. There was way more focus on nongamer journalists and that's exactly what nintendo played in to. When i heard they wanted to bring back the old E3 i thought we might see the old nintendo E3 conferences again, but then i heard there was going to be even more effort to pull in nongaming media.

What i'm trying to say is, that unless we have some REALLY big clues that nintendo is going all core gamerstyIe on us, i don't think it's realistic.