Test Drive is a long-running series of racing games that goes on from the late 80s when it debuted on the then-home computers to modern times.

I will make a brief introduction of each title in the series. The very first Test Drive had five sports cars to choose from (Esprit, 911, Countach, Testarossa, Corvette) which we could drive on a cliffside road, avoiding traffic and escaping the police cars.

The default and only view in the game is the cockpit view and it had a "simmy" physics model. (still arcade but leaning towards a realistic feel)

This game spawned the series and is therefore worth giving some credit. 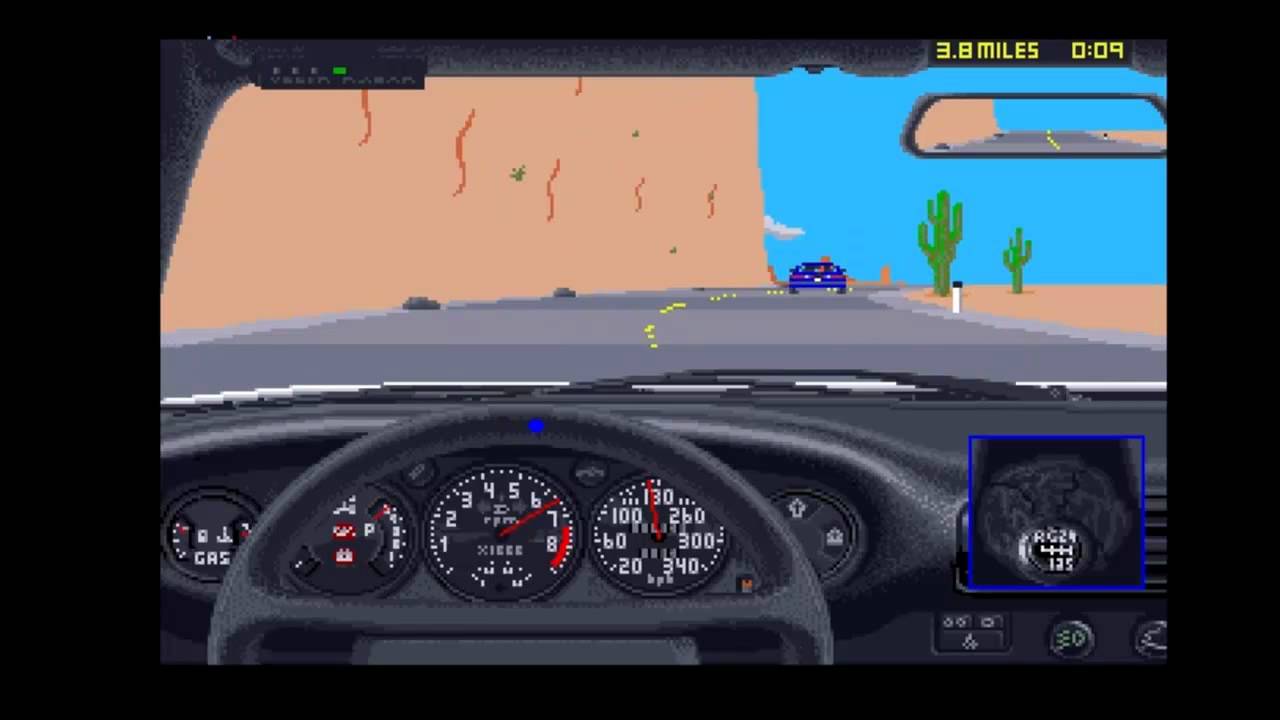 The game was also released for 16-bit consoles like SNES and MD/GEN, where it was one of the few semi-simulation racing games.

The prefered version of the game is the Amiga one but other versions have their qualities too.

Often seen as the defining car racing game of it's era that would later inspire series like The Need For Speed and Gran Turismo.

The game was interesting but not very good and already started the series' downfall of the racing throne.

After a long hiatus, the series finally came back in 1997 with Test Drive 4, but the game wasn't very good.

It was more "arcade-style" and copying the then-popular Need For Speed games.

And the NFS games were just better so it wasn't exactly a glorious return.

Test Drive 5 improved on TD4 in pretty much every way and was quite an enjoyable arcade racer with slight simmy feel.

But the issue here was, likewise, NFS being the better game.

Still, I quite enjoyed the game.

The sixth TD was quite a good arcade racer, but nothing terribly special.

It was your standard, enjoyable but average racing game.

Need For Speed was still dominating at the time, as were other, more simulation-oriented racing games. The first TD for the then-next gen consoles and a TD I haven't played so I can't say much about it.

The game didn't get a too warm critic reception.

Either way, the game was over-shadowed by NFS and other racers like Gran Turismo 3. 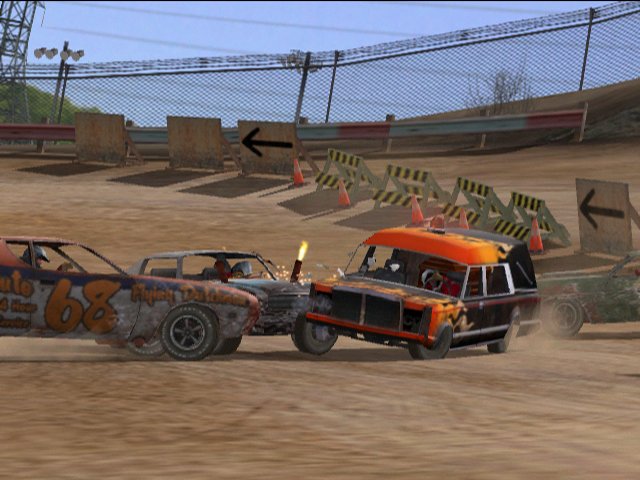 This game had more in common with games like Destruction Derby and it wasn't a shabby game.

It was pretty fun and enjoyable, but the issue is that it seemed "out of place" in the Test Drive series.

The game was also made by a different developer.

The series' glorious return to form, the very good Test Drive Unlimited, the first game in the series made for the "HD" consoles.

The game had a open-ended approach and a very stong online multiplayer component.

The game was critically well-received and it still has a community playing it.

Nice graphics for the time and simmy handling and lots of objectives to do and cars to collect.

Altho some more "old school" TD fans maybe didn't like it too much, it was a good effort to bring the series into modern times. 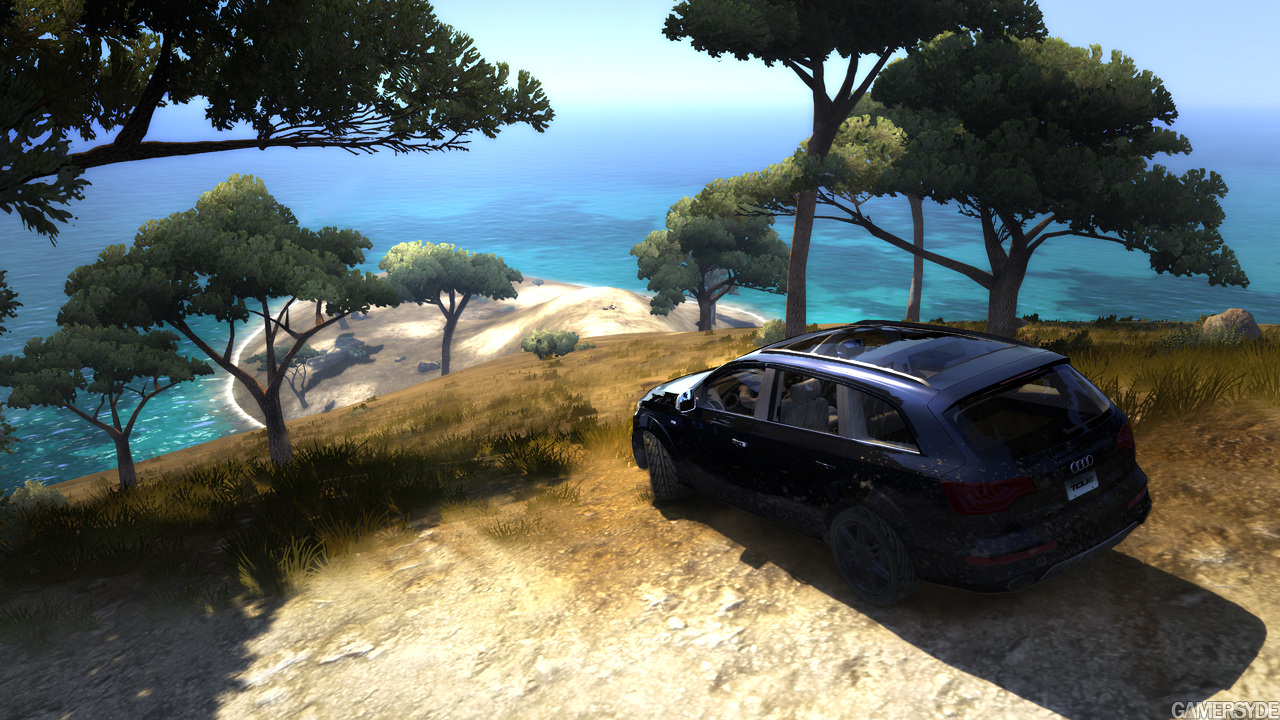 The game was good but for some it was a step down from the first TDU because of tonned-down physics (more arcade-style rather than more simmy) and cut content in some ways. (for example it didn't feature bikes at release time)

This was also the last game from Eden Games before being shut down by Atari so it's a question if there will be a TDU3. (fans of the series should look elsewhere, for example to Sony's Drive Club for the PS4, which also looks inviting) A game that I personally anticipated quite some but unfortunatelly it didn't deliver all the goods.

I was hoping that this would be what the excellent Porsche Unleashed/2000 was for the NFS series but I was a little wrong.

While it still features historical Ferrari cars and tracks, the difficulty level is too high (frustratingly high) and there aren't any memorable fantasy tracks like in the older NFS and TD games.

Still, if you're a fan of Ferraris and Test Drive, this game isn't so bad if you find it at a low price.

Interesting concept and quite fun spin-off series but nothing outstanding.

The quality of the series may vary.

The best of these would have to be Le Mans for Dreamcast, which was quite an impressive racer for the time.

V-Rally 2 only had this name for the US market (because more sales) and Cycles seems so-so. (altho there's never enough bike racers out there)

The GBC game was your average RC Pro AM clone.

Did you play any Test Drive games yourself and if so how did you find them?

I remember playing Test Drive on the C64. When you had to shift, you needed to press fire (arcade joystick) and you were unable to steer :D I guess this is the first game with 3D graphics I´ve played.

TD3 was one of my earliest PC game experiences. And while i enjoyed the open-world aspects of it, it got old very quickly. When "Car & Driver" came out that beat Test Drive into oblivion because it was better at absolutely everything and rendered TD obselete.

I revisited the TD series on the PS1 but hated the handling in the two iterations.

Test Drive Unlimited1 on the PS2 while fun in its own way is nothing compared to the PC version, the latter to this day remaining one of my fav driving games despite the handling that doesn't let you show-off in the cars quite as much as you'd like.
I didn't bother with TDU2 because it had an inferior selection of cars compared to its prequel.

Also got "Test Drive Off Road: Wide Open" on PS2 which i played through about a month ago. Think "Smuggler's Run" without the drugs and you're pretty much there, even the handling is the same due to being the same game engine. It's not bad though.

The problem the franchise always had was comparisons to other racers. With the exception of TDU1, if you had alternatives then they were usually the better games over the Test Drive's (NFS, FlatOut, DDerby, 1nsane etc).

#4 NationProtector
Member since 2013 • 1609 Posts
No the problem with the franchise was that Accolade was associated with it so everyone tried their best to downplay what was actually pretty much their only good franchise outside maybe Bubsy II. I forgot Star Control 1 and 2.
7 years ago
Browse Boards
Jump to Top Jump to Last Read