[This game could have easily been titled: "Zombies Ate my Neighbors--2008!"]

In what will henceforth be known as "LRRHZBBQ" you play the role of Little Red herself or her friend Momotaro as they travel through bastardized versions of cIassic fairy tales.

You will hunt down and slaughter timeless characters like Zombie Granny, The Three Little Zombie Pigs and even Zombie Claus in this vertically scrolling, old-school styIe shooter.

This game is primarily stylus driven and profoundly simple to play. As your character marches bravely forward on his or her rails, you simply press on the touch screen in the direction you want one of four weapons to fire. Your main tool of destruction is an unlimited amo machine gun. It fires a stream of somewhat weaker bullets in the direction of your choice. Lifting your stylus off the touch screen reloads your machine gun when your magazine empties. You can collect a flamethrower, laser gun, and, of course, a shotgun from destructable barrels scattered throughout the playfield. The shotgun is good for clearing out groups of enemies. The flamethower is extremely powerful against fleshy foes, and, finally, the laser gun is even more powerful than that, but only fires in a straight line ahead of Red. Double tapping will throw a grenade in the direction you tap, as well.

Character movement is controlled by pressing in one of 7 spots along the bottom of the touch screen -OR- you can use the buttons or the d-pad to move, if you want to focus your attention on the oncoming foes. Either way works fine.

The graphics are simple, but functional. You have a good variety of Big Headed zombies to dismember. You got your common greens. You got your powerful reds. You got your swift moving faceless zombies. Skull firing caskets act as turrets. Zombie hands pop out of the ground to try to trip you up. Of course, big, fleshy, obese zombies explode into poisoned gas as you kill them, too.

It seems as if you get two stages and then a boss battle per world. The first world being the Forest with Granny as your end boss. There are 7 worlds all together for a total of 21 boards. That's a pretty lengthy game for a $19.99 "budget" title!

It may be simple action, but there's something very satisfying about blowing the heads, arms and torsos off of your undead enemies. I popped it in my DS at the beginning of a 55 minute train ride into NYC, and didn't lift my head once the whole trip! Even with the hustle and bustle of noisy New Yorkers all around me, I was having too much fun to be distracted. That says A LOT!

Developed by Enjoyup, published by Destineer, this shooter is a little gem just WAITING to be ignored in the rush of the 2008 Holiday season! I, for one, am glad I discovered it! I recommend a purchase for anyone looking for a bit of zombie-blasting fun! 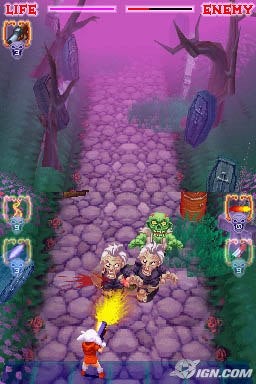 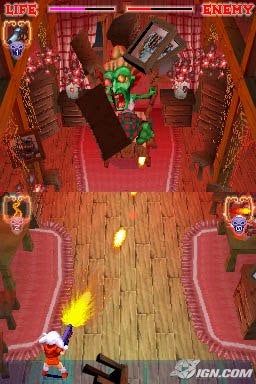 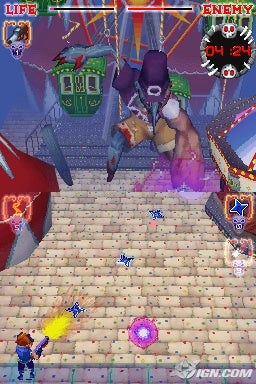 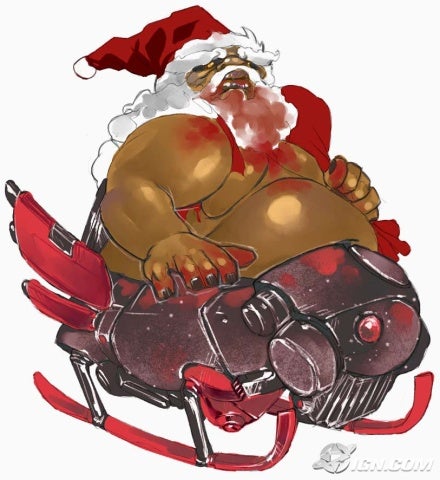 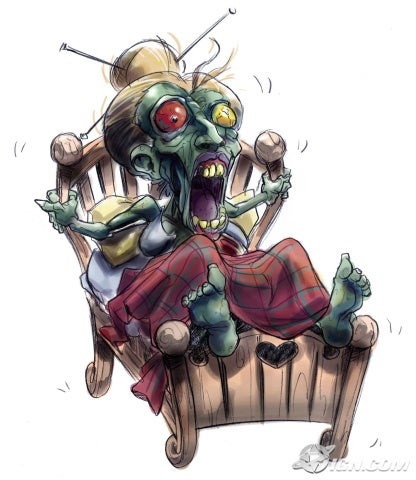 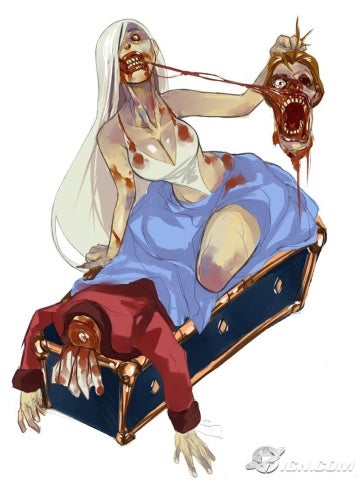 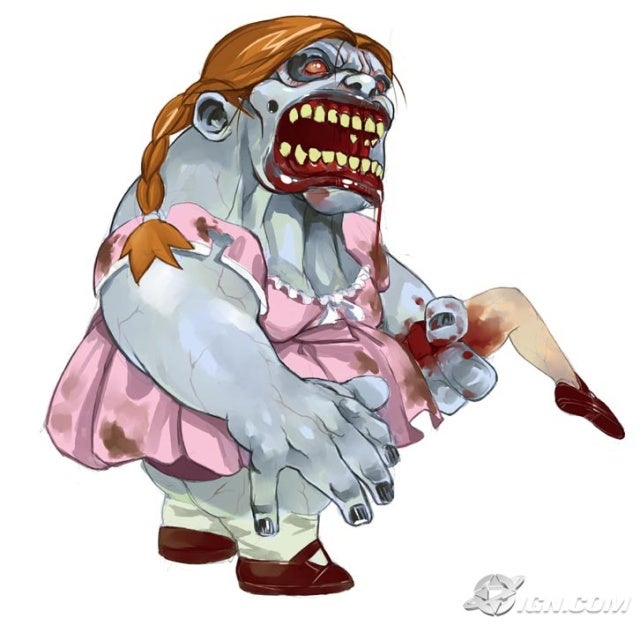 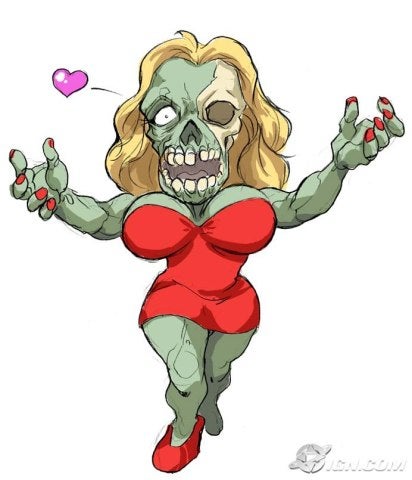 The Little Red "Ready to Rock" Riding Hood Trailer of Carnage and Cleavage!

The grand prize winner will take home the console and game. *Open to the US, Puerto Rico, and Canada (excluding Quebec).