#1 TigerSuperman
Member since 2013 • 4331 Posts
The 3DO is a great system to collect for and has a sizable library of classic gems. Skip to the collectiors part of the page if you are not interested in 3DO history. A brief History before 3DO suggestions: The 3DO as you all know was expensive at launch, in all the regions it was released in. This is because the 3DO did not actually look at the market at the time. They did not see the capabilities of 2D games being stretched on Neo-Geo, Arcade, SNES. Didn't see the Jaguar, for 3D or the CD games that were available on CD-I and Sega CD. So they though those "features" were so advanced, along with their accessories, they assumed a PS3 launch price tag would have been in the interest of consumers. The 3DO company did a strange thing with exporting the manufacturing of the hardware to 3 third party hardware companies under contract. Two from japan and One from South Korea. With this, they also allowed them to openly themselves bring in more software and advertise the product in their own regions. This was actually a genius move. The 3DO systems, selling around 3 million world wide, is often considered a failure. The 3DO Company did not fail, they were really well off. It was Goldstar, Panasonic, and Sanyo that failed due to the 3DO company getting them to sign into a contract that gave 3DO more money and gave them less money then what they spend to distribute and market the product outside of NA, which is where the 3DO company itself spent most of its own advertising, leaving other areas mostly to the manufacturers. Europe was split.. In fact, Goldstar was the first to drop the 3DO due to fast losses after trying to secure first releases of certain games. Some people may have thought this was unethical, and it was, but it was still a genius move. The result is tons of third-party support world wide, the downside to this was that most of those games were not marketed very well, and people would have to explore. A solution to this was the 3DO publishing or telling publishers to bring 3DO games to consoles like the Playstation. For people looking to buy, collect or are already collecting for the 3DO You can get a 3DO at certain retailers and online sites like Amazon and Ebay as low as $70 and up to $110!!!! Since they usually come with games, and often extra controllers, this is often a good deal. Some games of which you may be interested inBattleSport 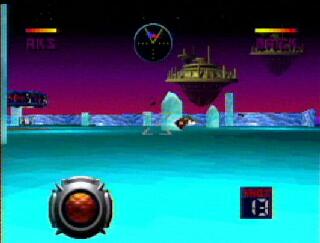 A game where it pits you and the CPU or you and a friend in a series of levels where basically you are controlling a hovercraft team playing soccer. But you add missiles and other large weapons, good music, depth to the field, and change the theme each area it gets fun! The game is not for those that don't like arcade style games based on reflexes, but this game otherwise will be a blast to play. GEX

If there is one game I am sure everyone at least HEARD of or played the 3D sequel on PSX, it's Gex. The best version of Gex. Tight controls, great audio, and hilarious random commentary. 2D platformer fans will enjoy this game! Samurai Showdown(3DO) 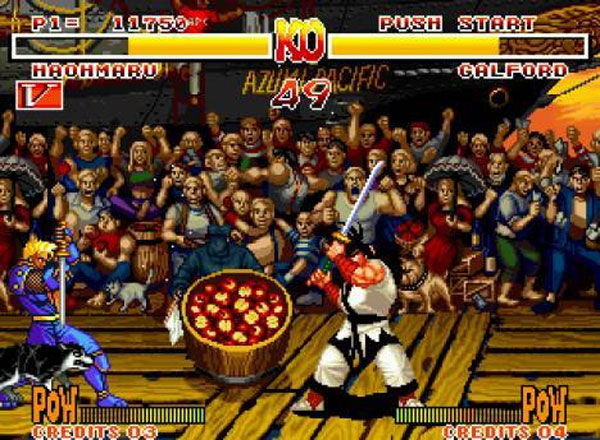 While you can argue about the price decisions, the 3DO was not lying about the power. This version of SS ended up better than the Neo-Geo arcade original, and imo, better and more responsive controls. PGA 96 The 3DO version of this golf game added depth, tight controls, and made you feel like you were on a real golf course. It's still fun to play to this day. The best version of the game. The scaling, the clips, and resolution, it all still looks nice for a golf game from the 90's. Then: p-p-P-P-PR-PRIMAL RAGE Because when the earth goes through destruction and Dinosaurs rule the earth and battle to see whos king, what's not to like? 3DO is the best version and closest to the arcade, 2nd would be jag, and Saturn would be third. You like your killer instinct but with more blood and less combos and replacing all the characters with dinosaurs and eating random people to gain health? Why wouldn't you!? Overall it's a pretty good system.
6 years ago

How can you mention 3DO and not mention the fact that Need for Speed was born on that system, it had (to this day) the BEST version of Road Rash? 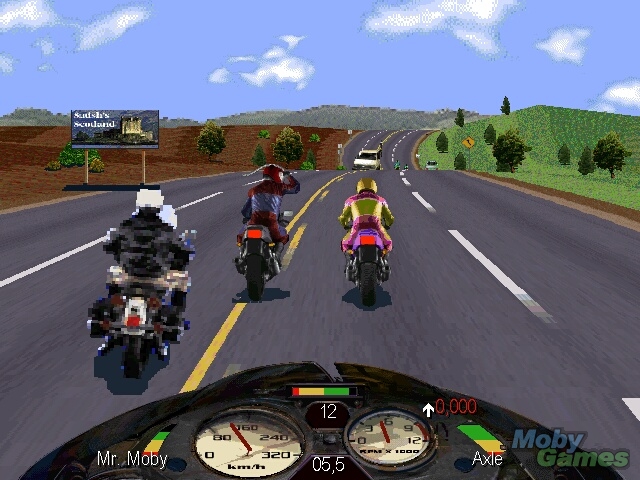 It had one of Naughty Dogs most infamous games with Way of the Warrior. Had one of the best home versions of Super Street Fighter...

There's soooo much more to 3DO than the few games you listed so far!

Star Control was awesome! It had a cIassical music generating program unlike any other in CPU Bach... How can you mention 3DO and not mention the fact that Need for Speed was born on that system, it had (to this day) the BEST version of Road Rash?

It had one of Naughty Dogs most infamous games with Way of the Warrior. Had one of the best home versions of Super Street Fighter...

There's soooo much more to 3DO than the few games you listed so far!

Star Control was awesome! It had a cIassical music generating program unlike any other in CPU Bach...

This thread would have no discussion if I discussed everything.
6 years ago

Here's another 3DO gem, one of the forgotten forefathers of survival horror...

Released exclusively in Japan by Riverhillsoft in 1994, Doctor Hauzer was in many ways a stepping stone between Resident Evil and precursors like Sweet Home and Alone in the Dark.

Doctor Hauzer was in many ways similar to Alone in the Dark, and to an extent Sweet Home, but it improved on AITD in many ways. It was the first fully 3D survival horror game and introduced dynamic ambient sound effects similar to Resident Evil. Its most interesting innovations, however, were the things that didn't carry over to Resident Evil. For example, the backgrounds were fully rendered with 3D polygons, years before Silent Hill. The player could change the camera angle between third-person cinematic perspective, first-person view, and overhead view. The cut-scenes also used an early cel-shaded art style, years before Fear Effect and Jet Set Radio.

Its most interesting feature, however, was the fact that there were no enemies, but the sentient house itself was the main threat! Instead, the player had to survive traps and solve puzzles rather than fighting any enemies. It's a pretty interesting concept that is very rare among survival horror games to this day.

I like the 3DO , some really good games on it , I personally really like NFS and Road Rash ,  Samurai Shodown , SSF2T etc, even stuff like Killing time is not bad at all.

that said it is my least favourite 5th gen system out of the 4 that I own.

I relaly like the 3do, it's worth tracking down, especially stuff like star control 2 and cpu bach is aaa stuff

#7 rawsavon
Member since 2004 • 40001 Posts
LOVED my 3DO (had the goldstar version). It had what is probably my only 10/10 game ever in Star Control 2 and many other greats like Super Wing Commander, FIFA, The Horde, Return Fire, etc
6 years ago
Browse Boards
Jump to Top Jump to Last Read

You Can Win A Custom Warface Nintendo Switch*

One lucky grand prize winner will take home a console and the digital version of the game. *Open to the US, Canada and Puerto Rico.