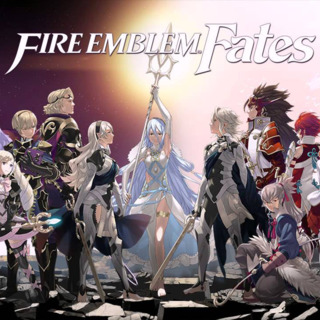 A must play for 3DS owners and strategy game fans! Simply amazing!

Fire Emblem: Fates Brithright was one of the games I’ve been excited for ever since it was first announced, and excited may be an understatement. I was looking up information almost every day to learn anything new about the game that I could because I couldn’t wait to play this installment. When the game finally came out I started playing it immediately and it lived up to all of my expectations. This game captivates you in every way with its deep story telling, characters you actually care about and the classic turn-based strategy gameplay that I’ve grown to love over the years in this series with new features to keep the game feeling fresh and like something I’ve never played before.

As far as story goes, this is definitely the best and most compelling Fire Emblem to date. As you make your choice about which side of the war you will choose you must deal with the repercussions of that choice, wither it be good or bad. It’s hard not to go into detail without spoiling anything so I’ll just say that there are some very emotional moments that will hit you hard in your choice of choosing Hoshido.

The music in this game is very moving and emotional. Many of the songs have a hint of the “Lost in thoughts all alone” song, but each track that has it is very different so you never get sick of hearing it. Also the main Fire Emblem theme (one of my favorites) is in the game as well so you still have that to look forward to.

The characters in Birthright are amazing. I loved so many of them and it was hard to choose which ones I wanted to bring into each battle because I wanted to use almost all of them. As with every Fire Emblem game, each character feels unique and has their own personality which shapes who they are and how their conversations go when supports are made. I’ve seen full character lists from both Birthright and Conquest and I have to say that I think that the characters from Birthright are much cooler looking.

Keeping in mind that this is a 3DS game, graphics here do look very good. One thing that does leave an impression is when the camera zooms into each battle and you get to see a 3D map of wherever you’re standing in the exact spot that you’re standing. This makes the game feel alive and real like you’re actually moving around on each map.

As far as strategy games go, I would have to say that Fire Emblem is the best strategy series I have ever played. These games have a terrific set-up of combat and making the best use of your troops each turn just makes you feel like a master tactician when everything goes in your favor. Pairing units together and having them support one another is also rewarding by not only learning more about the characters, but unlocking more characters if their support gets high enough. The ‘My Castle’ feature also adds a new fun layer of depth as you freely roam a custom made base to acquire new items or converse with characters in your party.

The game here provides what a like to call a ‘fun challenge.’ If you’re playing on classic mode (which I highly recommend, even if you’re a newcomer) there will be times when you feel the need to restart the level in order to prevent one of your favorite characters from dying forever. By doing this you learn how the enemy units are going to move and can create a plan of how you want to handle it the next time through.

This being said, you may need to restart some levels more than once, but when you do, it doesn’t feel annoying like you have to do the same thing over and over again. I went into each new try with the determination that I could beat the level without losing any characters.

This game is a hard one to put down and I mean that literally. Even when I tried to stop for a break, I kept feeling the need to move just a few more units or just see what would happen through one more enemy phase. Fire Emblem Fates has such a fun level of strategy that makes you feel so good once you overcome each level, and each part of the story keeps you going back to play another level just to see where things are going to go. This is a game I would highly recommend to anyone interested and you will definitely not be disappointed.