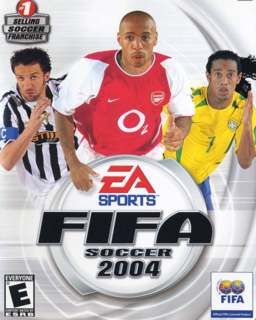 User Rating: 7.5 | FIFA Football 2004 PC
By rover301 | Review Date: February 24, 2005
... but is disappointing. It doesn't have much improvements. The graphics are overall pretty good and the gameplay is still the same as in the other FIFA games. The players have a few facial animations and the shirts are very detailed. But the crowd isn't detailed. The sound is good. You can hear the crowd shouting and singing & you can hear players shouting. When the players pass the ball you can here the foot ticking the ball. The game has multiplayer modes but it's just like the other FIFA games. It's a big disappointment if you compare it to FIFA 2003. It's probably the worst game in the FIFA series.
Load Comments (0)