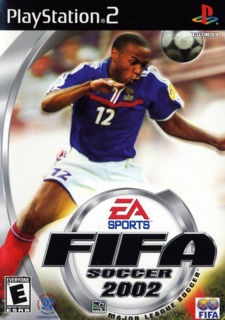 User Rating: 4.4 | FIFA 2002 PS2
By Chris_53 | Review Date: August 11, 2005
Not so long ago FIFA used to be brilliant especially FIFA 99 for the PSone. FIFA really does seem to be going down hill fast. This game is the worst out of the lot. The graphics and the sound may be impressive when you play the game for the first time. But this game just really isn't much good at all. First the players look strange and the player AI is really bad but worse of all is the new passing system. In any normal football game if you wanted to pass the ball you would simply tap X and the ball would go to another player no problem. In this game you have got this annoying manual passing system where when you tap X a bar will come up, the longer you hold X the further the ball will travel. Even when you have the bar filled up and the speed of the fill up gage at the fastest setting the bar takes ages to fill up. This just makes the game slow, boring, and annoying and more of a chore then a game. You are having to hold the circle button for a long time if you want a reasonably powerful shot. I usually like having the power bar when you shoot in football games but only when it works well. But having it when you pass the ball is a real pain in the backside. If you want a football game or soccer game, don't bother getting FIFA 2002 and get pro evolution soccer or winning eleven 5 if you live in the US. There is not much to say about this game because to be honest, it's rather crap.
Load Comments (0)