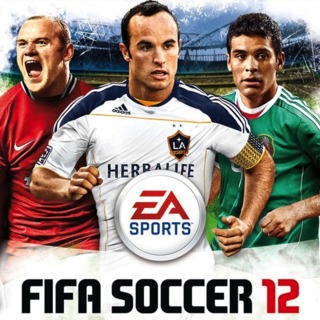 Why should someone pay for no improvement?

Licensing has always been one of EA Sport's strongest points during the past decade. Unfortunately this is not the case with this add-on. Half the teams, even some of those in the competition including one of the hosts are unlicensed, meaning their team kit, player names and faces as well as formations are all fictional.

Most people enjoyed the Captain Your Country (CYC) mode in the FIFA World Cup 2010 game, as well as qualifying rounds leading to the European championship which had been very popular over the years. These two are bizarrely replaced by an uninspired Expedition Mode, which despite being a good addition in FIFA Street, not only doesn't make sense for this game, it also is plagued with nuisances beyond belief.

The stadiums are bland, atmosphere is boring, there are no new music tracks or even an online exhibition mode for you to play against your friends or some randomers, and a few lines added to the commentary don't change much about this game if you were already tired of FIFA 12 and were looking for a new challenge, or even a proper Euro game like EA Sports used to do. What a shame!
Load Comments (0)