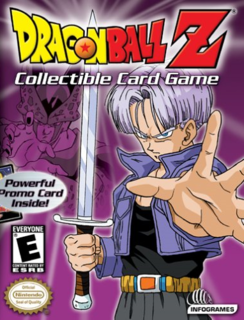 User Rating: 5.5 | Dragon Ball Z: Collectible Card Game GBA
By Spikeyness_909 | Review Date: February 21, 2008
Ok, so Score released a card game based on Dragonball Z which in itself was actually a very good albeit hard to handle card game. It was followed up by the DBGT TCG which was cancelled for a new format of the Z game one set before it was finished.

But that doesn't matter because this game was released around the time the Trunks Saga set had been released and as such only covers the Saiya-jin, Frieza and Trunks saga cards. It was never meant to follow the story so any complaints about that are pretty pointless.

The game itself was a good try for its time but let down by a below par interface that wasn't exactly matching up to the game adaption of Scores bigger card game, Yu-Gi-Oh!.

Chances are, only players of the card game will still be interested in this and those numbers are dwindling after 3 years of the game having been finished. It's not one for the general fans, those people should stick to the PSP/PS2 games.
Load Comments (0)