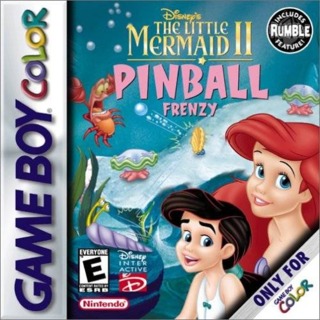 User Rating: 10 | Disney's The Little Mermaid II: Pinball Frenzy GBC
By 2412nt | Review Date: July 9, 2006
disney's the little mermaid is one of disney's greatest film,i there was a gbc game based on it,the game i pineball with boards and minigames from the little mermaid and the little mermaid 2 with chacters from the film,the grapic is ok for a gbc game and the sound is nice and there tunes like in the films.the game is hard but fun,there min games that in one of them you need to rescue flounder,in the pineball you need to tasks like touch the letters that spell the word ariel,the game is really nice (i know it's really old),this game is fun for disney fans.
Load Comments (0)