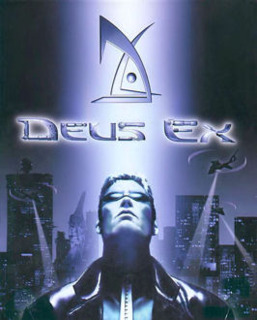 Looks and plays good even after 12 years!

User Rating: 9 | Deus Ex PC
By jasonnoguchi | Review Date: May 12, 2012
I played Deus Ex: Human Revolution and totally loved it and just thought I might as well check out the classic Deus Ex, the game that started it all and took GOTY.

It looked a bit dated but with the HDTP and New Vision mod, the game actually looks and feels good. That along with the superb gameplay and character interactions makes this a classic even right now in 2012. In fact, I hadn't played a recent shooter with this much depth! Fallout3 came close but still a far cry from what Deus Ex has achieved. Interestingly, I replayed the game once due to a save game problem and the characters actually behaved differently and I ended up playing the missions very differently! This was what I didn't get even in DX:HR. This totally amazed me and convinced me that Deus Ex, despite its age, is not a game you want to play only once.

Oh, you must have read that all actions in Deus Ex have consequences, right? What does it really mean? Well, heres a couple of examples from my play:

1. After completing the first mission, I saw a friendly trooper holding an assault rifle I didn't have and I really wanted it. So I quietly stunned the guy with a stun prod and took the assault rifle thinking that its just a game and there are no consequences but hey, when I returned to HQ, the commander actually talked to me about a trooper being rendered unconscious in the mission area and investigations are being conducted! Wow!!

2. I went into the female washroom in the HQ building like I do in all games and then when I spoke to my commander again, I got a warning not to do that again as it reflects badly on the agency. You don't get stuffs like that, inconsequential but realistic, in the new DX:HR.

These are the kind of very fine, real life consequences in Deus Ex that keeps you thinking real life morality in the game as you really don't know the future consequence of your actions! This is missing in almost every other games I have played and it really made a big difference as I can no longer go around with absurb game like behavior but really think real life decision making, this increases the immersiveness of the game big time!

Oh, I played the new Deus Ex: Human Revolution and sadly, I must say that it does not have the level of humor and consequences that the original has. If you played HR and wants to experience how Deus Ex should really be like, this is your perfect choice!

(and oh, why 9 and not 10? Well, its 2012 afterall and graphics are important. That final 1 point is for the lack of modern graphics so if you are not really the graphics type, then this is definitely a 10/10 for you!)
Load Comments (0)