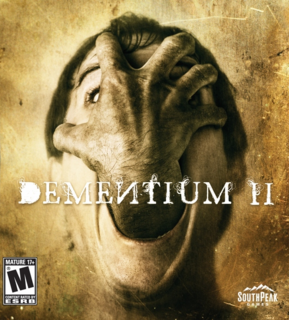 This is why the community sucks on sites like this and gamespot, not even one person has been interesting in discussing this rather impressive horror game?

Sure it's campy as ign likes to put it, annoying noise when near a monster, but the graphics aren't too bad for a handheld, I dare say this feels more like silent hill which it obviously inspired from and does better than the psp's silent hill game, which I beat and never played through again.

It's got all the silent hill inspired atmosphere that has been seriously missing since honestly silent hill 4 was released and the problem with 4 besides it's rather disappointing lack of new environments during the first 3/4 of the game where you simply go back in an alternate version of the level instead of doing that all in one level, was it's rather cartoony look. Wasn't bad but could have been more realistic looking like in silent hill 3....

Anyways this though limited graphically still manages to creep you out, though the ai is seriously dumb, cant expect too much from a ds game, and it still manages to get your attention even then, so I would say if you are a fan of horror based games, this is sadly not advertised enough.

I will say the story is rather cliche but that doesn't even matter, it's a fun creepy exerience I recommend it!

#2 C0PPPERM0NK
Member since 2012 • 25 Posts
i know this was originally a ds game but you are posting in the pc forums and as gamespot doesnt even have pictures reflecting the pc release of the game it is no wonder that no one is talking about it in the pc forum.
7 years ago
Browse Boards
Jump to Top Jump to Last Read