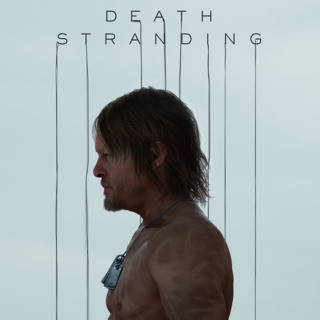 Superb achievement as a cinematic experience, the some things needed improvement

It was my first experience with Hideo Kojima, and I can say I was impressed.

Speaking about the positive, the game is out of this world when it comes to how immerse you'll become in it. It has a lot of cut scenes and it's probably the most cinematic game I have ever experienced, starting with the soundtrack that plays along, the realism of the set design and of course the fantastic motion capture and respective stunning performances by the actors. I had no idea that games would evolve in such a path where Oscar level actors would play parts in them, as a movie lover this was a sight to behold. Great performances by Mads and Norman as well as for most of the cast, filled with A list actors and directors.

The story itself is indeed engaging and was the main reason why I decided to keep playing all the way until the very end, it's original no one can say otherwise but of course it's not all sunshine and rainbows, there are a few things where I think the game could have done best.
This is not a game for everyone I think that's established given its slow pace, overall game objectives and even the story for that matter, I did enjoy it, it didn't feel like a walking simulator and I took the most out of the experience, however the gameplay is not very well done.
Vehicles are an overall mess to use, the walking and climbing didn't feel organic and real all the time, and I was expecting that it did since most of the game is about walking from one location to another.

Although it didn't felt like a boring experience, it does start to become repetitive at some point, and I think that the way the story is built up doesn't help much. Given how interactive the characters are for the most part Sam (Norman Reedus) does a lot of things as a bot almost, not questioning all the weird stuff that they keep telling him and just playing along as a spectator, and it's just when the game comes to a close where we actually see him in action and taking stands - during the last 2 hours or so (mostly cut scenes)
The story is presented to you as a complete mess you just need to pick the pieces and in the last hour everything comes together (sort of) - there are some inconsistencies and plot holes and there are also very predictable twists, someone who has played long enough or seen movies long enough will suspect most of the characters are not what they say they are from the start. One last thing, there are too many tools, weapons, infrastructures and side activities you could potentially do but I completed the main story mostly with not much care for the infinite resources you could use, and they do seem pretty useless to be honest.

In short it's an original, bold, unconventional, incredibly directed and starred game and definitely an experience I recommend.