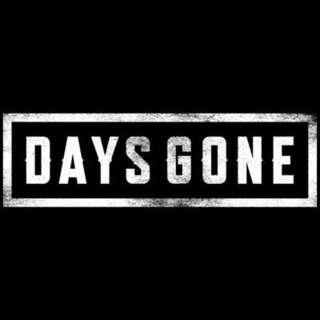 A superb told story with a big open world to kill and ride on!! Worth the wait!

Ok, so lemme begin by saying those who read and put faith in this very websites own critic review of Day's Gone have sorely been misled. Not in the slowest or most mundane part of the game is as bad as what that reviewer claimed. Not only is this game woven together in a nice thread, the game has a perfect sense of balance to it. The story by itself is enough to see through to the end, not to mention the collectibles, weapons to unlock, relationships to deepen with local camps, and of course, bike parts to customize Deacon St. John's bike out with. You won't get the best parts and weapons by trying to skim through the experience, and to be honest, when the games as good as this, why would you want to do that anyways?

The game quickly introduces players to the main 3 characters in the game. Of course, Deacon St. John (who you play as), his buddy Boozer, and Deacon's long lost wife Sara, who is missing and presumed dead. You learn more about Sara and Deacon's relationship by playing certain Flashback missions which are required to progress the story. Deacon & Boozer, who are ultimately 2 biker dudes looking for the safest place to lay their head, soon run into trouble and find themselves having to remain secluded to the local area and dependent on surrounding scavenger campsites run by survivors. Deacon will need to win the favors of each of these campsites to earn access to better gear and bike parts. At first, the selection of weapons and such may seem bare, but by the time you reach the halfway/3/4's point in the game, you will be more equipped than a green beret. You will spend a considerable amount of time trying to gain the complete trust of each camp, but boy are the rewards worth the effort. The characters, in particular Deacon St John himself, may not have you invested in them at first, but by the time the end credits roll, St John and his different character traits will have had time to flesh out and you will understand and appreciate the protagonist much more. His quest to find his wife becomes just as personal for players as it is for Deacon, and even Boozer's cynical nature eventually blooms into something more.

The act of cranking up that hog and hearing the engine roar is beautiful, but nothing beats the unbelievable sense of realism the dev's were able to put into the physics and environmental effects the bike has on the land. When it is raining, the bike slings mud to and fro just as it would if you were doing it in real life. The snow is no different. When a heavy blizzard suddenly envelops the surroundings, the sound of ice and the handling to match, as if you were you truly riding a motorcycle on a thick layer of ice It is undeniably real, and the dev's put a lot of obvious effort into creating this feeling. The world is big and varied, from forests, to caves, to desert regions, and marsh swamplands. The buildings scattered throughout the game map each have their own distinct feel and look to them which just makes the world feel that much more believable and real. One thing you will not go too long without is the feeling of danger lurking nearby. The Freaks, (or zombie-like state the humans have manifested into) bears, wolves, mutated wolves, cougars, bandits, and more ensure you will never have a true sense of peace of mind. The worst danger of all you can possibly encounter is running across a Horde unprepared. The Hordes move at night and when bad weather is underway, so you will not want to be roaming around at those times. A beautiful, and believable depiction of Oregon that is as varied as it is stunning. Plenty of checkmarks and points of interests to hunt down and roam about.

This is the part where you are probably expecting the game to take a major dive at right? Wrong!! The combat is fluent and rewarding, and is as intense as it is methodical. You approach any given situation as you see fit. If you wanna go the stealthy approach, its definitely possible. Or you can be the marksman and pull out your binoculars and mark the enemy locations to appear on your minimap for better viewing of what is at stake. Or if you wanna go in guns blazing, Day's Gone definitely provides the resources required to go this route as well. The game literally leaves it up to the player for their personal styles and preference. This choice to leave it up to players to decide is another of Day's Gone's perks.

Sure, Day's Gone may not be quite as epic or memorable as The Witcher 3: Wild Hunt per se, but you can bet your marbles it's the damn closest thing we have seen since. The characters all will have grown on you by the end credits, and the vast open world teeming with different camps to deepen trust with and many many different weapons and bike parts to unlock ensure that you will have plenty to do. Not to mention, the main story will run you anywhere from 40 to 50 hours and to be honest, it feels just right as it is. A 5 out of 10 that reviewer left is a disgrace and should be pulled for bias and obvious misleading information. This game will be remembered for many years down the line and I personally, would not mind getting to play more of Deacon St John's exploits down the road. Excellent job Sony Bend Studios. Oh one more thing, the game boasts one of the best scores I have heard in a long time. Prolly since MGSV!!