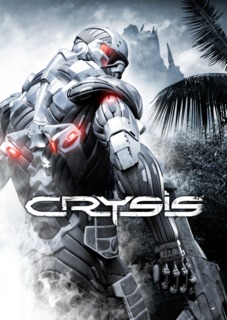 Crysis is one of few games that allows you to be an armored invisible shooter.

The good: Single player campaign, graphics at Nintendo Switch best, the use of stealth is more effective than straight out combat.

The bad: Trial and error on any difficulty, can get easily lost or the game might suddenly stop, forcing you to restart, multiplayer is a mixed bag.

If you think Goldeneye is a great game in terms of its structure, Crysis brings that idea to the next level, think Goldeneye in the future or simply Goldeneye 2020. You start as Nomad, trying to work with the team to discover what the North Koreans were doing with alien technology. Not to spoil everything, you just have to see how the rest of the story goes. The difficulties does amp up just the right level as hard and delta involves North Koreans speaking in their native tongue.

Simply, the gameplay is excellent, minus the cockpit shooting, considering the space on Nintendo Switch cartridge or when downloading on to the SD card. You can go for straight up shooting but you might die easily if you don't use the armor and invisible that you can use on your nano suit. It's best to go stealth, like what Sam Fisher would do when he does his missions. The mission design may be excellent but you might get lost or suddenly stops, forcing you to start over. Also it might take a lot of tries, even on easy difficulty to get through the missions. Still, the story is enjoyable enough to suck you in rather than making it boring.

Graphically, the team pulls out all it stops to make it work. You might not notice but it usually runs on 30fps, because of the portable feature. The vegetation and major details may have cut back in line with the Xbox360 and PS3 standards. But the lighting is what stands out the most. The sound effects, music and voice acting hasn't been lost in translation at all. The multiplayer while its good today, might not be as good if you encounter lag or slowdowns. Same if you're considering co-op as well.

No doubt that Crysis can prove that it can run well in this game if you can polish and optimize it to the right level. You don't need to be a purist to get a perfect game. The idea is to ensure there's enough to keep you entertained. The single player game can last for about nine hours but I'm not sure about the multiplayer. Anyway, considering how long the game has been released and translated from the PC version, on its own merits, it's one of the good games that's almost reached Goldeneye had the multiplayer been improved. Still, if this is your first time, don't be afraid to try it out. Just enjoy what make Crysis special.

Load Comments (0)
Where to buy
Crysis
There are no available deals for this platform
$34.99 at Gamestop
GameSpot may get a commission from retail offers.