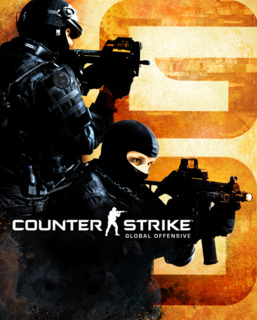 This is by far a huge rip off and shameless money grab.

User Rating: 3 | Counter-Strike: Global Offensive PC
By davidsworld3 | Review Date: February 11, 2013
This is just a cheap way of milking money out of fans of cs. I bought 2 versions of this thinking this was really gonna expand the cs world n what not. It does nothing but add a few guns, that you will notice NO ONE USES!, added more polish in the game, but the character skins are so terrible that you will wish it was just the original skins with polish, what they did was basically hide their faces more so they didn't have to put detail or show their lips moving or anything.

No music or anything so cant really complain about that since it never really was meant for it.

Seems like the pc version got everything while the console version got very little. Honestly I'm not sure how they can screw it up so bad but they did, the 360 version for me is unplayable it kicks me off live every time and have never had that happen before.

They did add a tiny bit for the original maps but only like one path was changed, not enough for it to have been really needed.


Whats really insulting for me though is how they advertised new maps but it was just decade old maps with extra polish, they didn't add any destructive enviroment too it, no being able to shoot crates too pieces to reveal campers.

THis is simply a re-release of counter strike souce it uses the same engin they just added more bull crap on the surface. No mods or anything like that can be used on the console version which makes it worthless.

It's all about graphics in this one not more options, dont believe the hype this game sucks, they even took the silencer off the m4a1 which makes the gun useless now.

Dont waste your money on this game stick with the original cs source please thanks.
Load Comments (0)