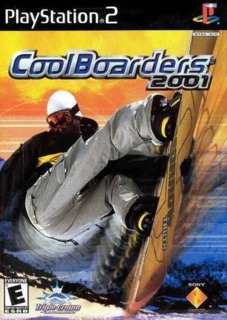 User Rating: 8.2 | Cool Boarders 2001 PS2
By shizzdogg | Review Date: February 26, 2006
This game i haven't played in about 4 years, but it's a great game. Very easy to catch up on and an overall fun game. If you're into franchise modes and stuff then you may not like it, but if you just want a fun game that you dont have to worry about dieing on, Cool Boarders 2001 is a game you should check out. Another thing that's good about this game is the character selection, it's not all famous guys so you wont have to worry about not getting your favorite boarder. The board selection is pretty good and the snow looks realistic. There are some sweet tricks too. I'd reccomend it for the 9-15 age group.
Load Comments (0)