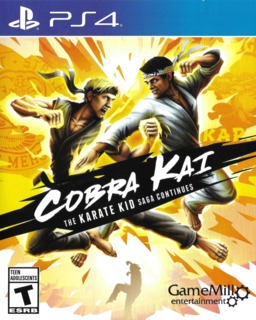 Cobra Kai is a great series but this video game is a clear example that the good things about TV should not be brought to consoles, this video game is an orrible adaptation of so many things that could be done, like a 1vs1 fighting game, They make one in the movilews style and full of bugs, the only positive thing that it has or in between would be the story, which is very different from the original but makes it more interesting with the gameplay it has and the drawing style, which is one that is reminiscent of the wwe superstars, but other than that it is very bad, ALTHOUGH it could improve in the future.