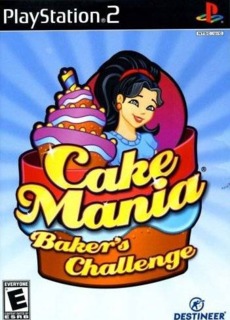 User Rating: 9 | Cake Mania: Baker's Challenge PSP
By swuth | Review Date: October 30, 2008
I got this because I enjoyed the PC version and wanted a version I could play with my kids (they are too young to play on the PC). This is great! They picked it up right away and have really been enjoying it. So I could get the TV back for a while, I picked up the PSP version. This version is also great and a perfect pick up and play PSP game. It looks great on both systems although the PSP is a little sharper thanks to the nice screen on the PSP. Controls are the same for both versions so if you get good on the PS2, the PSP will be second nature. They have added the "Bakers Challenge" to this version which really makes things fun. It is basically an endless mode but they have added a few wrinkles like the money disappearing after a few seconds etc. It also has a "custom" mode where you can set the game up any way you like, as well as decide on which customers you want to appear, this is great for practicing certain customers so that you know what to expect on later levels.
A great game at a bargain price.
Load Comments (0)