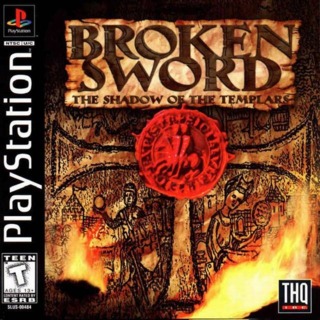 You would think that Director's Cut is meant to upgrade a game to be better then original, but sadly this one is not.

User Rating: 6 | Broken Sword: Shadow of the Templars - The Director's Cut PC
By CloudXentar | Review Date: September 15, 2010
First of all, those who are playing this game for the first time might give this game a better score, and If I played this before old game version, I would give minimal 8 for a job well done. But I will not do that. I am giving this game a score which you see for yourself because when comparing the two games, Director's Cut version is vastly inferior to the old game.

This game is a Director's Cut version of good old Broken Sword: The Shadow of the Templars ( also known as Circle of Blood in the United States), a game released for the PC on November 5, 1996., on the PlayStation in December that same year and on the GBA March 19, 2002.

This game is a traditional point-and-click adventure where player talks to other characters, has to come up with answers and solutions to riddles and problems that he or she encounters during the game and by doing so you move throughout the story. You play as George Stobbart an American tourist who finds himself drown in the middle of conspiracy which could change the fate of man, or so to speak. The old game had great voice acting, great animations and interesting and some-what neatly presented logical puzzles.

The Director's Cut features new character artwork during conversations and a new first person view for certain puzzles and adds another playable character throughout the story, a young journalist Nico Collard.

I was really surprised when I saw Director's Cut version on PC, and without thinking much, I instantly bought it, only to be unpleasantly surprised. Why?

Some animations, cursing during character's conversations and various scenes were taken out in this ''upgraded'' version.

The new version features a fresh recorded dialogs for few characters and some are mixed with an old one so it's kinda awkward when you hear one character switching tone when talking. I'm not sure if they are the same actors, nor did I bother to look it up. The animation rendered by today's tech for Niko's character stands out when comparing to original art, animation and scenery for George. And it's even horrific to see that the old animation is superior to new one.

What really blow me away are the scenes that were taken out for no apparent reason. Here is an example. You enter into cafe with George in the beginning of the game. In old version, there is a woman lying/kneeling near the table, you click with a mouse on her character and George helps her out to sit on the chair and starts a conversation with her. In the Director's Cut version, when George enters the cafe, the woman is already sitting on the chair and you can start talking with her.

The animation where George helps her is beautiful and I have no idea why it is absent in Director's Cut version, and you might say it's not a big deal, but without spoiling, I will tell you that lot's of other scenes like that were taken out. I don't know why, except maybe because producer's laziness to smooth out old animation for new standards.

Bottom line is, if you want an excellent game, pick up the old CD version for PC, it is un-edited with blood and death scenes. Not sure how is Wii version but I would advise you to pick the old version, it is much better, or both if you want the extra scenario with Niko which expands the gameplay for few hours.

They could have just refreshed the game with additional content, but they decided to chop it up while adding some things. Shame, really.