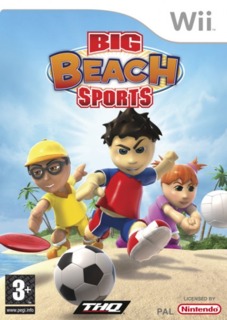 4.5
Poor Check out the review

User Rating: 5 | Big Beach Sports WII
By loonyspoony | Review Date: July 17, 2008
I purchased the game cheaply from a pre-order I had long forgotten about, I had no preconceived ideas about the game and with a small price tag was not expecting too much. The latter was probably a good thing as I first tried Disc Golf.

Disc Golf - Realistically this was far too easy, courses are extremely short and first nine holes of the 18 had nearly no hazards, birdie, birdie, birdie, eagle, there really is no challenge and its also a boring multiplayer game.

Boules (Bocce) - To me despite what others have said this was probably the best of the bunch physics are reasonable to the extent you can smash others balls out of the way and attack the jack, although strength of throw is primarily determined by length of aim not strength of swing.

Cricket - What many people were looking forward to but bowling action is limited and I could never work out if my swing was affecting the balls direction.

American Football - Run throw, catch run a bit more, could be good in four-player but I'm not convinced. Appears extremely limited but at least you can control the players, its not like Wii Tennis.

Soccer - Again I was pleased to see you had control of player movement but goal scoring seems to be far too easy.

Volleyball - As others have said before disappointing, repetitive to the point of being dull.

Overall Boule is a positive others were really misses for me although there is some multiplayer fun to be had with soccer and American Football.

Result kept for three days and then sold on to some other poor sap who believed the advertising hype.
Load Comments (0)