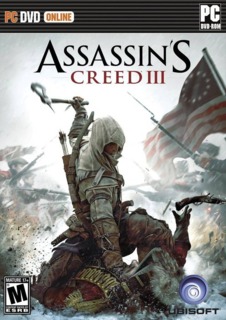 User Rating: 8 | Assassin's Creed III (Classics) X360
By deactivated-5b8d34ccf0017 | Review Date: December 31, 2017
With this game the franchise opens new page!At first I was impressed with the visuals and the world!From far I could see they put work in it!The wildlife,the landscapes,the towns!They were just beautiful and the world felt really ,,open".On the other side we have the plot and the characters.The game ends the Desmond saga and brings you to the beginning of the establishment of the United States of America.However the main character Connor-I didn't like him.He was nothing near Ezio.They could do it better!Changes to the gameplay were awesome too!Naval battles and fun fighting mechanics!It's great game,but main story wasn't satisfying,specialy when you have to wait until sixth sequence to actually start playing.
Load Comments (0)