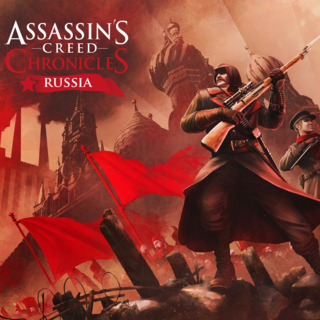 I originally gave the game a rating of 1 and wrote a very angry review, which, upon reflection, it does not deserve, so let me start over. As a Russian, I have always wanted an AC game set in Russia, and, with this one, I finally got my wish. It may not be a "real" AC game in the sense that it's 2.5D and not 3D, but that may be for the best. While the main installments of the franchise strive for realism, this one adopts the style of Civil War era Soviet posters, and it looks awesome. AC Russia is hands down the most stylish-looking game I have ever played, and, with a soundtrack to match the picture, it truly feels Russian. The story is more engaging than it is in any of the main installments, starting with AC 3, even though the voice acting is a bit lackluster. The gameplay is excellent...or, at least, the stealth parts are. Most levels are complex environments filled with enemies that you have to make your way through. You can use violence if you want, but the highest score is awarded for passing through like a shadow, and that can be quite a challenge: a lot of careful planning and precise timing will be needed, and it's pure fun, the kind that the series is supposed to be about. Getting a high score on a level improves your stats and abilities, so there is a practical incentive to be as stealthy as possible. The other part of the game is timed running sequences, and...they really suck. A combination of unpredictable controls and almost no room for error, they guarantee you hours of rage and frustration, especially the last one. First, you will be running away from a tank, dying many dozens of times in the process, and then you will get into a gunfight with said tank and three machine-gunners, where you will die even more. And that's the end of the damn game. That's right, a game about a stealthy Assassin who does not kill at all if he can help it, and kills silently at close quarters if he can't, ends with a sequence that would not be out of place in Call of Duty. I can't even begin to follow the thought processes of the people who came up with and greenlighted this. If that's their idea of making video games, their idea of making a sandwich is probably defecating on a piece of bread. And that's a shame, because they have ruined a masterpiece.