"The security of our player data is extremely important to us," Zynga says.

Mobile giant Zynga has acknowledged a data breach by "outside hackers" that has reportedly resulted in the personal information of 200 million accounts becoming exposed.

In a statement, Zynga said cyber attacks are "one of the unfortunate realities of doing business today." The FarmVille and Words With Friends studio said it recently became aware that "certain player account information" might have been "illegally" obtained by hackers.

The San Francisco-based company said it launched an investigation "immediately" and brought on outside forensic teams to help. Additionally, Zynga said it has been in contact with law enforcement officials regarding the breach.

Zynga said it believes no financial information was obtained in the hack, though some "account information" was exposed. The company said it already launched security campaigns on behalf of accounts that might have been compromised, and right now seems like a good time to change your Zynga password if you have an account there.

"The security of our player data is extremely important to us. We have worked hard to address this matter and remain committed to supporting our community," Zynga said.

The company added that Facebook, iOS, and Android passwords were likely not exposed in this breach because Zynga does not collect these passwords in the first place.

According to Hacker News, a hacker from Pakistan has claimed responsibility for the Zynga breach, which specifically targeted Words With Friends and Draw Something. As part of the breach, the hacker reportedly gained access to more than 218 million user accounts. Players names, email addresses, login IDs, passwords, phone numbers, and more information might have been accessed in the breach.

Check out this Zynga support page to find out how to change your password. 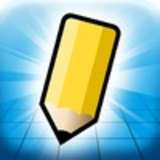