Zone of the Enders sequel reaction 'greater than expected' - Kojima

About two weeks ago, Metal Gear franchise creator Hideo Kojima took to his company's blog seemingly to test the waters for a new installment in the mech-heavy Zone of the Enders franchise. Said the noted game designer, "We'd like to make [a Zone of the Enders] sequel at some point…I already have a game plan and method for sales in my head. However, we don't know if it will be green lighted."

As it would turn out, those waters are apparently just fine. As reported by Japan-focused gaming news site Andria Sang, Kojima has followed up his mid-October post by expressing surprise at the uniformly positive response that his teaser received.

"The reaction [to the post] was greater than I'd expected," Kojima wrote on his company's blog. "The comments topped the 100 mark, and the access count reached levels of the Tokyo Game Show time. It was picked up in a variety of places, including the net and press, and spread throughout the world." Kojima said that his post also excited a number of staff who worked on the original Zone of the Enders, with many expressing interest in working on a new installment in the series.

The original Zone of the Enders received a fairly positive critical reception for the now-nine-year-old PlayStation 2 in March 2001. Following an equally received Game Boy Advance installment in March 2002, Kojima Productions released the well-regarded Zone of the Enders: The 2nd Runner in March 2003. However, as noted by Kojima earlier this month, "due to errors in setting the release time frame, while it was a medium hit, it did not achieve the expected numbers." 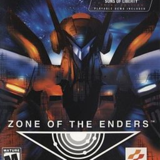