The casual puzzler will also feature local cooperative play and some DualSense-enhanced features.

As part of PlayStation's Indie Initiative, developer 2pt Interactive has revealed that its upcoming space exploration puzzler Heavenly Bodies will launch on PlayStation 4 and PlayStation 5 in 2021.

In a blog post, studio director Alexander Perrin detailed some of the features players can expect while soaring through Heavenly Bodies' zero-gravity environment. These include using the analog sticks, triggers, and bumpers to control the character's arms and legs, how the lack of gravity will impact navigation and the role it plays in solving various in-game puzzles, local cooperative play to discover new and inventive ways to complete tasks, and more. You can check out the announcement trailer below.

In addition to these features, Perrin confirmed 2pt is baking in further tactile enhancements that will make use of the PS5's DualSense controller. Alongside the haptic feedback that will provide a sense of immersion when something like a bay door is unexpectedly opened, the DualSense controller will communicate other sensations like objects slipping from your character's fingertips, the density of in-game items, the feeling of levers snapping and the ship rattling, and more.

A definitive release date for Heavenly Bodies has yet to be announced, but it will launch on PS4 and PS5, as well as PC via Steam, in 2021.

Heavenly Bodies wasn't the only game PlayStation announced as part of its Indies Initiative. The company also unveiled nine other titles, including F.I.S.T.: Forged In Shadow Torch, Haven, Carto, Recompile, and others. 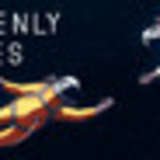