The Japanese game developer announced that it will acquire 27,800 shares of New Japan Pro Wrestling, one of the largest wrestling organizations in the country. The acquisition brings with it a 51.5 percent stake in New Japan, and Yuke's will be making the wrestling organization into its subsidiary after the transaction is completed on November 30. The cost of the acquisition has not been disclosed.

Although Yuke's acquisition of New Japan was not necessarily expected, it represents the culmination of a long-standing relationship between the two. Yuke's has stated that its new "capital alliance" with New Japan is intended for further expansion into the digital-contents sector beyond games, and it also aims for a greater synergy between both companies.

Although it's best known in the US as the developer of THQ's SmackDown! series of grapplers, Yuke's is known in Japan for its long-running series of Touken Retsuden games based on the federation. That series has only made it to the US once, in the form of Activision's original PlayStation game Powermove Pro Wrestling. Currently the company is working on the first Xbox 360 wrestling game, Wrestle Kingdom.

In a meeting with the press, Yuke's president Yukinori Taniguchi stated that the acquisition is not a hostile takeover of New Japan. New Japan president Simon Kelly Inoki backed up Taniguchi, explaining that he requested help from Yuke's after learning in September that another company was planning a takeover of his wrestling organization. "Some people may think this is a takeover, but it's actually salvation [against future hostile takeovers]," commented Inoki.

As the company's founder, Antonio Inoki himself was a wrestler until he retired in 1998. His work with the company pioneered pro wrestling in Japan, and he's known to have fought the first officially recorded mixed martial arts match in Japan against Muhammad Ali in 1976. The fight lasted for 15 rounds and ended in a draw. 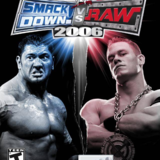