The RPG will release digitally and have a limited physical run.

Ys Origin, the classic action-RPG, is coming to the Nintendo Switch later this year. Publisher Dotemu announced that the game would be available on the Nintendo eshop and physically through Limited Run Games.

It was recently announced that Ys IX: Monstrum Nox would be coming to Nintendo Switch in 2021, as well as PS4 and PC.

The definitive version of Ys VIII: Lacrimosa of Dana is currently available on Nintendo Switch, with a completely redone localization after the original version was heavily criticized. 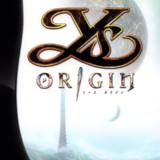