You Don't Know Jack to be Kinect-compatible - Retail Radar

Gamers debating whether or not to scoop up Kinect now have one more reason to do so. According to GameStop's launch center for the motion-sensing system, the revival of the smart-alecky quiz game You Don't Know Jack will support the Xbox 360's new peripheral. The game is also in development for the PlayStation 3 and Wii and will be published by THQ.

Little else is know about You Don't Know Jack, which was first published in the 1990s by Berkeley Systems. The quiz game was popular for its host's irreverent comments and insulting answers, so much so that it spawned a short-lived television series in 2001 hosted by Paul Ruebens (aka Pee-Wee Hermann).

However, the game is being listed with a $40 price point by GameStop. The retailer also has it as shipping on January 25, 2011, putting it outside the launch window for Kinect, which goes on sale November 4 in the US and November 10 in the UK.

For more on the original You Don't Know Jack, check out GameSpot's review. 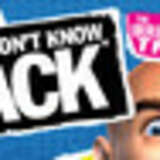