Get a free, DRM-free digital copy of certain physical PC games you own.

Digital games seller GOG has introduced a new feature allowing you to obtain digital GOG versions of select games that you have CD Keys for.

Even better than simply acquiring a digital copy that will work on modern computers, this means you can take a game that was released on disc with DRM and turn it into a DRM-free digital version. Doing so also gets you any of the bonuses that GOG offers if you buy the game through them, like manuals, wallpapers, soundtracks, and more, depending on the particular game.

There are six supported games that can currently be reclaimed on GOG's website, three of which are editions only sold in Russian-speaking territories:

GOG says it's working to support additional games, but there's no word on how frequently we'll be seeing more introduced.

"We have been fighting to free all games from DRM since the very beginning, and this new feature is the next step for us," said GOG's Oleg Klapovsky in a press release. "It's not a simple job, but we plan to bring in even more games in the future."

This initiative is similar to something Steam does, where keys for retail games from Valve and certain third-parties can be redeemed on the platform for a Steam copy. Although GOG's offering is currently very limited, it does have the advantage of shedding any DRM associated with the game without requiring you to use Steam. 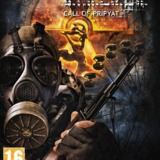