The tale of best boy Kazuma Kiryu comes to Xbox.

Many announcements have been made during X019, the big Microsoft event to celebrate and show the future of Xbox. And one of the most pleasant surprises was that the Xbox platform will be getting Yakuza games, marking the first time the traditionally Sony-exclusive franchise appears on a Microsoft console. Next year, through Game Pass, subscribers can play Yakuza 0, Yakuza Kiwami, and Yakuza Kiwami 2. These are the first three entries in the series' in-game chronology.

Sega and Ryu Ga Gotoku Studio started Yakuza back on the PS2 and have made seven mainline games and a number of spinoffs thus far. Last year, the franchise came to PC for the first time, and now its expanding further with Xbox One versions. For those unfamiliar, the Yakuza series blends open-world and 3D beat-em-up style gameplay, and strikes a balance between gripping melodrama and comedic absurdity that all comes together wonderfully.

You follow the story of Kazuma Kiryu, a man with a heart of gold trying to navigate the Japanese underworld while doing right by those around him. Other great characters come into the mix, like Goro Majima, and add an extra dynamic to the fascinating drama of being in a Japanese gang. Mini-games and side-stories play a huge role in fleshing out Yakuza's depiction of certain cities in Japan.

These three Yakuza games come to Xbox One in early 2020 through Game Pass, though you can play them on PS4 and PC now. The series is still going with brand-new entry launching in Japan early next year and sometime afterward in the West, and you can read our breakdown of Yakuza: Like A Dragon to catch up. For more on all the announcements coming out of Xbox's X019 event, be sure to check out all our coverage below: 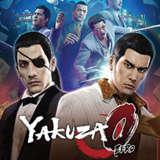