Yakuza Dev Would Like Historical Spin-Offs Localized, But It's Complicated

At least one person at Sega would like to see Yakuza's samurai games brought to the West.

The Yakuza series of games is notorious for slow localizations, with Western releases often coming years after the game debuted in Japan. Some of Yakuza's spinoffs--most notably the historical games that take Yakuza's main cast back to the 17th and 19th centuries--have never been localized, though at least someone at Sega is thinking about it, Kotaku reports.

After years of silence on the topic of localising Ryū ga Gotoku Kenzan! and Ryū ga Gotoku Ishin!, Yakuza director Daisuke Sato has finally broached the topic in an interview with a German gaming site.

"Personally, I would like for [Kenzan and Ishin] to be localized and enjoyed by our Western fans," Sato said. "We were prioritizing regaining our ground with the series in the West from Yakuza 0, so time just flew by without an ideal time to release these games. In my opinion, the action is one of the best in the series, so I’d like to localize them if we get the chance."

The main complication, Sato explains, is that the games are pretty old at this point. "The game is also close to 7 years old, so we may need to put in additional work to remake it instead of a simple port, so the decision is a bit more complicated," Sato explained. Kenzan was released in 2008 for the PS3, directly after the recently remade Yakuza 2, while Ishin was released in 2014 for both PS3 and PS4.

Considering Sega has had good luck with the recent Kiwami remakes of Yakuza 1 and 2, it's not out of the question that the spin-offs may receive the same treatment. Players holding out for a localization of the Kurohyō: Ryū ga Gotoku Shinshō series that was originally released on PSP may be out of luck, however, with Sato explaining that these games would require a full remake, and thus would be "especially challenging."

The series' most recent release, Yakuza: Like A Dragon, was a hit with Western audiences, with GameSpot's Michael Higham scoring the game 9/10 for its "wild RPG combat, absurd humor, and dramatic storytelling." 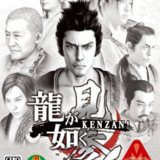