Microids sticking with the first Syberia's publisher for its sequel, which will likely not come out for the PlayStation 2 in North America.

Microids announced today that XS Games will be publishing Syberia II, the sequel to its acclaimed 2002 adventure game. The news isn't much of a revelation since XS published the Xbox version of the original Syberia (the Adventure Company handled the PC edition). However, it does come shortly after a release calendar that was briefly posted on Vivendi's site, which listed VU Games as Syberia II's publisher, sparking a classic case of much ado about nothing.

According to Microids, the PC version of Syberia II is due out "between March 15 and March 20, 2004" while the Xbox release date is still "TBA." However, the previously announced PlayStation 2 version of the game is no longer mentioned. Apparently SCEA has not yet approved the game for the PS2. Sources at Microids said that since Sony also never approved the first Syberia for the PS2 in North America, it is unlikely to do so with the sequel. However, Microids officials stressed Syberia II will be available for the PS2 in Europe, where adventure games are in high demand on all platforms.

In addition to Syberia II, XS will publish two other Microids games: the Xbox adventure Knight's Apprentice, Memorick's Adventures (working title), developed by Microïds Canada; and the PC, PlayStation 2, and Xbox title Obscure (working title), which is co-developed by French Studio Hydravision. "Our first collaboration with Microïds (Syberia Xbox) has been very successful and we are anticipating great success with these upcoming titles," said Steve Grossman, CEO of XS (whose corporate Web site Web site hasn't been updated since July.) 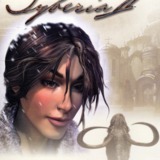