Last Wednesday was a pretty big day for Xbox Live. Microsoft released a pair of downloadable games in the free side-scrolling shooter Aegis Wing as well as Soltrio Solitaire, and then there was the somewhat troubled launch of the Halo 3 beta. Today Microsoft announced the games given the unenviable task of following that up, as this week's Xbox Live Arcade Wednesday releases have been revealed as Rush 'n Attack and Xevious.

Developed by Namco and released in US arcades by Atari, the 1982 shooter Xevious puts players in the cockpit of a lone starfighter and Earth's last hope against an evil supercomputer. One of the first vertically scrolling shooters, Xevious gave players a pair of offensive options: standard gunfire to take out other flying targets and bombs to drop with precision on ground installations. Microsoft boasts that this Xevious is the first "100 percent arcade-accurate reproduction" of the game, complete with hidden towers, bosses, and 1-ups.

While Microsoft touts Xevious' similarity to the arcade edition as a selling point, the publisher is instead promoting the differences in the Xbox Live Arcade version of Rush 'n Attack. The Konami action game will arrive on Microsoft's downloadable game service with revamped graphics, music, and sound, as well as online play in both cooperative and competitive flavors. Gamers with a nostalgic bent for the arcade version of the game will also have the option of playing with the original graphics.

Both games will be available on Wednesday at 2 a.m. Pacific time, and each will sell for 400 Microsoft points ($5). Xevious is rated E for Everyone, while Rush 'n Attack is rated E10+ for Everyone 10 and older. 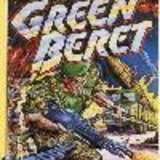