Japanese voice actor says that a follow-up to Jenseits von Gut und Bose is on its way.

TOKYO--According to a report from Japan, the next installment of Monolith Soft's Xenosaga role-playing game series is already in development. In a recent update to his personal site, voice actor Koji Tsujitani disclosed that he has been working on Xenosaga III.

Tsujitani revealed that he is playing the role of Voyager, a bald character who held a key role in the mobile game spin-off, Xenosaga: Pied Piper. Voyager also appeared for a brief moment in Xenosaga Episode II: Jenseits von Gut und Bose.

Tsujitani does not list a release period or targeted console for Xenosaga III, though it's most likely to be released for the PlayStation 2 like the past two installments. Monolith Soft has not officially announced the game. 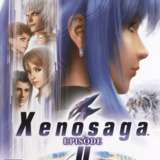